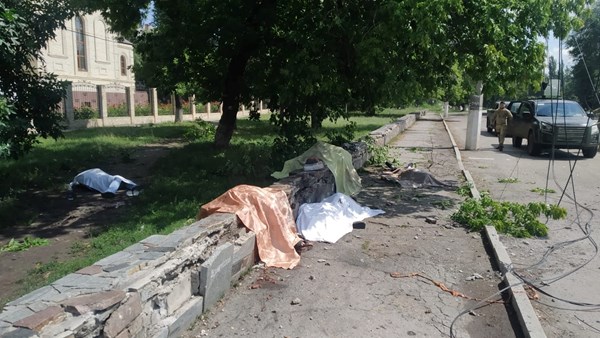 A Russian artillery strike at a public transport stop in Toretsk, Donetsk Oblast has killed at least 8 people, according to Pavlo Kyrylenko, the head of the Donetsk Oblast Military Administration.

In a post on Facebook, Kyrylenko wrote, "8 dead, 4 wounded – these are the consequences of the shelling of Toretsk, which the Russians carried out today at about 11 o'clock.”

Three of the four injured were children.

“According to preliminary information, there was artillery fire. They hit a public transport stop, where there was a crowd of people at that time,” Kyrylenko wrote.

Kyiv has ordered civilians to leave the war-torn Donetsk region, and Kyrylenko reiterated this stance, writing, “I appeal to all residents of the region: do not turn yourself into a target for the Russians! Evacuate in a timely fashion!”