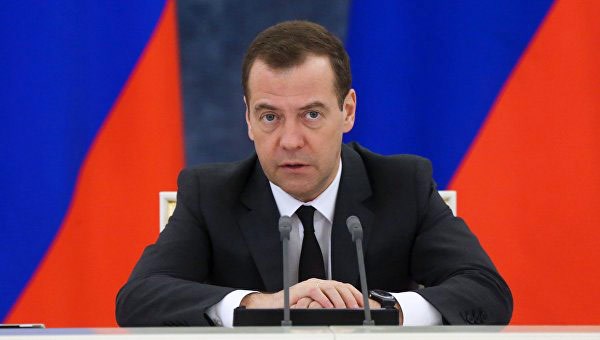 Russian Prime Minister Dmitry Medvedev said on Facebook that the International Olympic Committee (IOC) has adopted a "shameful decision" in refusing to invite 15 "justified" athletes and coaches from Russia to attend the Winter Olympics in South Korea.

"The IOC Commission has adopted a shameful decision. Unjust and unlawful. Immoral and politically motivated. By denying our athletes, whose rights were reinstated by a sports court designed specifically to resolve such disputable situations, the commission has ‘trampled’ both the Olympic Charter and the basic principles of law. [Their] guilt is not proven – [they are] innocent," wrote Medvedev.

In his opinion, the goal of the decision is to “cause political damage" to Russia.

On February 5, the International Olympic Committee (IOC) announced that it would not invite thirteen athletes and two coaches from among the 28 Russians whose lifetime ban on participation in competitions, the result of the 2014 doping abuse scandal, was earlier lifted by the Court on the Arbitration of Sport (CAS). The IOC noted that "additional information included data from the LIMS (Laboratory information managemen system) database, traces of prohibited substances, evidence of steroid profile manipulation and further confidential information provided to the Panel by WADA (World Anti-Doping Agency)."

On February 1, the CAS invalidated the lifetime disqualifications of 28 Russian athletes, due to "insufficient" evidence that the athletes had benefited from the doping system at the 2014 Winter Games hosted by Russia. Russia has said that they want to send 15 of the 28 aforementioned athletes to the 2018 Winter Olympic Games in South Korea.

In December 2017, the IOC banned Russia from participating in the Winter Games in the South Korean city of Pyeongchang due to Russia’s "unprecedented systematic manipulation" of the Olympic Anti-Doping System. At the same time, the IOC decided that individual Russians would be able to compete as neutral athletes, subject to compliance with the requirements for doping.

On January 25, the First Vice-President of the Russian Olympic Committee, Stanislav Pozdnyakov, said that 169 athletes had been included into Russian application for the Winter Olympics in South Korea.

The opening ceremony of the 2018 Winter Olympics is scheduled for February 9.