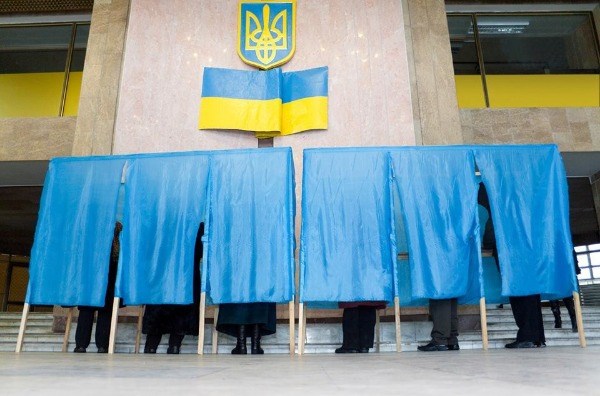 Russian media representatives were not allowed to enter the polling station in Minsk for the election of the president of Ukraine. They could only take pictures behind the fence of the embassy. According to the Radio Svoboda correspondent, this was the election commission’s decision. Russian agencies TASS, RIA-Novosti, the TV channels Ren-TV and NTV correspondents were filming and interviewing Ukrainian citizens only outside on the street.

On the other hand, representatives of Belarusian, Ukrainian and international media could freely visit the polling station.

There are 12,000 Ukrainian voters registered in Belarus territory. They were assigned to two polling stations: at the Ukrainian Embassy in Minsk and at the General Consulate in Brest.

Usually, around 10% of Ukrainian citizens that permanently reside in Belarus participate in elections. Ambassador of Ukraine to Minsk, Igor Kizim, said this time they expect a high turnout, reports Radіo Liberty.

Chairperson of the election commission operating at the Ukrainian embassy in Minsk, Oksana Vrublevskaya, told Radio Liberty that until 12:00 o’clock 241 voters participated in the elections.