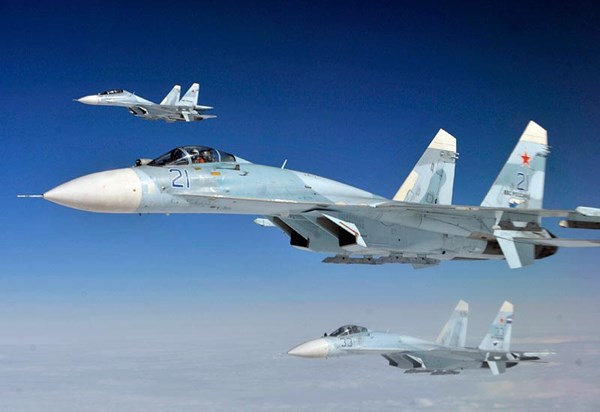 The Russian Defense Ministry stated that the U.S. Air force bombers flew over the neutral waters of the Baltic Sea. The Su-27 fighters prevented them from approaching the Russian border.

The Ministry did not provide the exact time when the incidents occurred. However, the Russian military added that since March 14, the U.S. strategic Aviation has conducted seven such flights over the Baltic sea.

According to RIA Novosti, March 21 was the last time that American aircraft was noticed over the Baltic sea. Then, one US bomber flew over the neutral waters of the Baltic Sea. A pair of Russian Su-27 fighters scrambled to escort it.

Russian Presidential Press Secretary Dmitry Peskov, commenting on this incident, said that sending American bombers to Europe and their flights near the Russian borders lead to increased tension in the region.