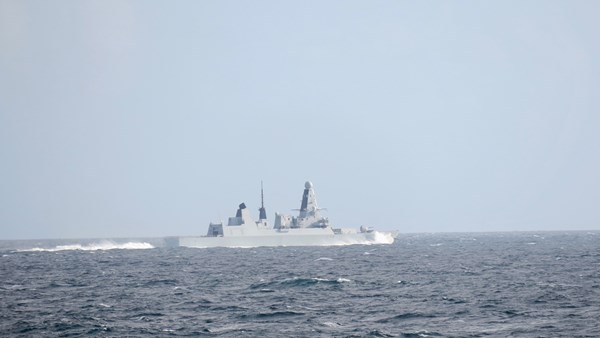 The "warning shelling" was carried out to stop the British ship from violating the Russian border, the Russian military said.

According to the Russian Defense Ministry, the incident occurred around noon near Cape Fiolent. The destroyer entered 3 km into Russian waters and did not respond to warnings.

And at 12.19 a.m., a Russian Su-24M aircraft carried out a "warning bombardment" in the direction of the destroyer’s route, the Russian Defense Ministry said.

A 250 kg high-explosive fragmentation bomb (OFAB-250) was used for this purpose.

At 12.23 the destroyer left the Russian waters.

Satellite data show that the British ship passed at a distance of 10 nautical miles from the Crimean coast, while the territorial waters are up to 12 miles, Conflict News reports.

Thus, the destroyer could have indeed crossed 2 miles into the Russian waters, or 3.7 kilometers into the waters off the coast of Crimea, which Russia considers its own.

The British military attaché was summoned to the Russian Defense Ministry after the border incident, RIA Novosti reports.

"They come too often to the Black Sea. This is too much with this constant presence," Komoyedov said.