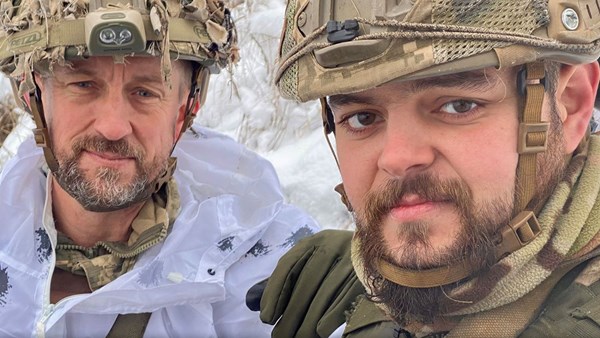 A tribunal in the so-called Donetsk People’s Republic, which now controls the Ukrainian port city of Mariupol, has sentences two UK citizens and one Moroccan to death, Russian state media has reported.

Aiden Aslin and Shaun Pinner of Britain and Saadun Brahim of Morocco were charged as working as foreign mercenaries. The self-proclaimed Donetsk People’s Republic was recognized by Moscow on the eve of Russia’s invasion of Ukraine. The tribunal is not internationally recognized.

Russian media reported that the executions will be carried out by firing squad.

The three men will have 30 days to appeal. If a pardon is granted, the death penalty can be replaced with a 25-year prison sentence.

Russia’s Defense Ministry has warned that foreign fighters would not be treated as soldiers entitled to the protections of the Geneva Conventions.

"I utterly condemn the sentencing of Aiden Aslin and Shaun Pinner held by Russian proxies in eastern Ukraine,” Truss tweeted. "They are prisoners of war. This is a sham judgment with absolutely no legitimacy. My thoughts are with the families. We continue to do everything we can to support them.”