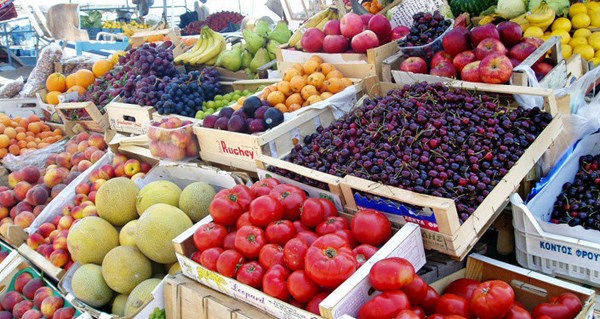 The Ministry of Finance of Russia has prepared a bill that provides for the introduction of a criminal penalty for the import of sanctioned goods into the Russian Federation. The document was published on the Russian federal portal of drafts of normative legal acts.

In addition, Article 226.1 of the Criminal Code of the Russian Federation that covers the smuggling of poisonous, toxic, explosive, or radioactive substances, nuclear materials or firearms is proposed to be supplemented with the words "as well as the movement of goods due to which are established bans and restrictions on their import into or export from the Russian Federation."

"Recently, including the increasing of effectiveness of special economic measures administration, it is especially important to increase the responsibility of unscrupulous persons for avoiding compliance with relevant prohibitions and restrictions," the bill explains.
As early as August 2015, the Federal Customs Service had proposed to introduce criminal liability for the import of prohibited products to Russia. However, this idea was abandoned later.

Relations between Russia and the West in 2014 worsened due to the situation in the east of Ukraine and the annexation of the Crimea. By the end of July that year, the European Union and the USA moved from targeted sanctions against certain individuals and companies to measures against a number of sectors of the Russian economy, which were subsequently expanded several times.

In response to that, in August 2014, Russia imposed a food embargo on products from the USA, the EU, Australia, Norway and Canada. Since August 2015, Albania, Montenegro, Iceland and Liechtenstein have been added to the sanctions list. Ukraine was also added last year.

The embargo meant that meat, milk, fish, vegetables and fruits from these countries could not be imported into Russia. In November 2016, the embargo included salt. Later, a ban on salt was removed for the production of medicines and biologically active additives.
In June, Russian President Vladimir Putin extended sanctions against EU countries to December 31, 2018.