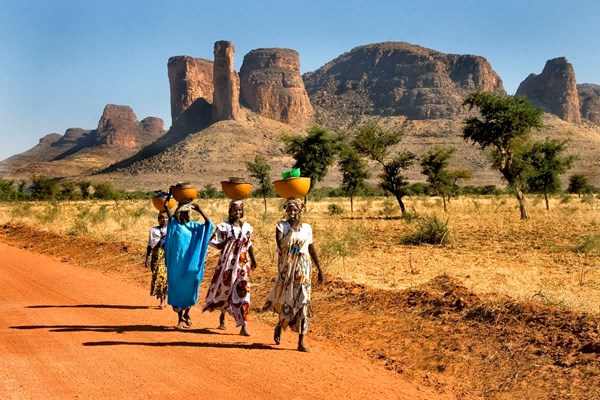 After writing off $140 billion owed by Syria, Vietnam, North Korea, countries in Africa and Latin America and former Soviet republics in Central Asia over the last 20 years, Russia is planning to drastically increase its lending to foreign governments over the next three years.

In the draft budget for 2020-2022, the Russian government has allocated $6 billion to loans to foreign governments and companies. This is the most in the country’s modern history, Bloomberg observes. The funds will be used to stimulate non-commodity exports, Russian Deputy Finance Minister Sergey Storchak explained to the news agency.

After receiving the Russian loans, buyers of non-commodity products will use them to pay the Russian suppliers. Essentially, Russia will be paying itself while simultaneously increasing the amount owed to it by other countries.

“In the next budget cycle, the rate at which these funds are used will accelerate,” said Storchak. “Our exporters are finally starting to operate at full capacity, and the Finance Ministry is responding to this acceleration,” he added.

The lion’s share of the export loans could go to African countries. The TASS news agency reported that, as part of the Russia-Africa forum on Wednesday, Sberbank, VEB and the Russian Export Center (REC) signed an agreement to create a $5 billion fund for supporting trade deals.

These loans will be financed by the Russian National Wealth Fund (NWF). According to the Finance Ministry’s calculations, it will exceed 7% of the GDP in 2020, after which, according to the Budget Code, the government will be authorized to spend part of the funds.

The Accounts Chamber opposed the idea of investing NWF funds abroad, apparently fearing that the loans will be “bad” and will ultimately have to be written off, observes Raiffeisen Bank analyst Stanislav Murashov.

Russia’s non-commodity exports include a broad range of goods – grain, unprocessed metals, fertilizer and inorganic chemicals. However, the most important of these are nuclear and military products, and it is these that are the most likely to be supported through export loans, Murashov believes.

“However, these sectors are non-transparent, and it will be quite difficult to monitor the economic effectiveness and impact of these projects, which will probably be low,” he adds.

The country which Russia has forgiven the most debt is Cuba, which has had $31.7 billion written off since 2000.

In second place is Iraq, which has had debt written off twice: $9.5 billion in 2004 and $12 billion in 2008. The second time, the debt was new, accumulated after the previous debt was forgiven.

Mongolia and Afghanistan were forgiven $11 billion for shipments of Soviet military equipment. Russia has also “gifted” $10 billion to North Korea, $9.8 billion to Syria and $9.5 billion to Vietnam.

Ethiopia has been forgiven approximately $6 billion in debt, Algeria $4.7 billion.

In the 2010s, the recipient of the most Russian money was Venezuela, where Russia invested $17 billion according to Reuters’ estimates. In October 2019, the Maduro administration proposed to give Rosneft full control over the Venezuelan national oil company PDVSA in order to settle the debt.