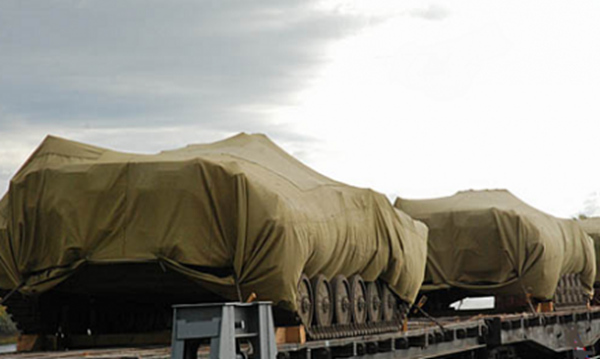 A second batch of weapons is scheduled to be delivered to the Central African Republic (CAR) over the next few weeks, Viktor Tokmakov, second secretary of the Russian embassy in the CAR, told the RBC news agency on 23 May.

“We received authorization for the shipment already in January 2019, and now preparations are being made,” he said.

The new shipment will be done “free of charge” and will include only firearms and ammunition, Tokmakov noted. The exact arrival date is not known.

30 Russian officers will also be sent to the CAR to join the UN mission there, reported RFI, citing the CAR’s president, Faustin-Archange Touadéra. The officers are expected to arrive in the coming weeks, the UN mission’s press service told RFI. Tokmakov was unable to confirm this, and claimed not to have specific information on the matter.

An arms embargo was placed on the CAR in 2014 in order to prevent a new round of armed conflict in the republic. Any shipment of weapons to the region must be approved by the UN Security Council committee that was established to oversee the embargo. The committee consists of 15 Security Council member countries, and all decisions are made by consensus (not even one participant can be opposed).

In December 2017, Russia received permission from the UN to send a first batch of weapons. It was sent to the CAR in January-February 2018. The firearms and ammunition were provided free of charge. According to the UN report, the presidential guard, national army, gendarmerie and Ministry of Justice were given access to them.

In November last year, Laurent Ngon Baba, head of the Central African National Assembly, lamented that support in the form of arms shipments is considered a security threat. He claimed that the rebels are still able to obtain weapons, despite the restrictions, while the government army’s military potential is on the decline. “In the context of the embargo, the Central African military forces cannot fulfill their mission,” he asserted.