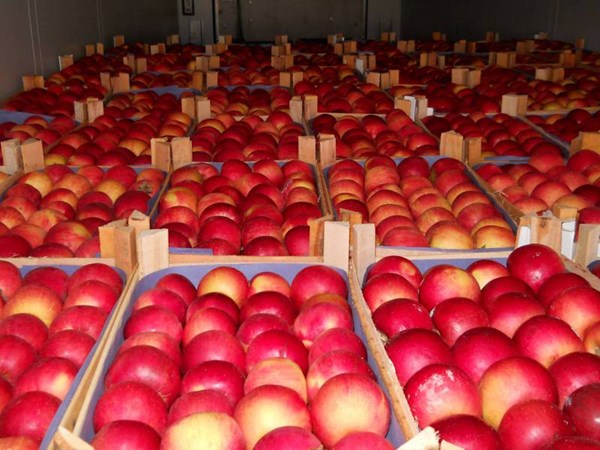 The Russian Federal Service for Veterinary and Phytosanitary Surveillance (Rosselkhoznadzor, Russian Federation) has announced its intention to ban the import of fruits and vegetables from Kazakhstan.

The regulator explained its decision is based on the increase in attempts to import banned products through Kazakhstan to Russia, as well as the import of food products with invalid or missing phytosanitary certificates.

Rosselkhoznadzor stated that in November 2017 it recorded several attempts to illegally import apples ostensibly grown in Serbia, a country that is exempt from the embargo sanctions imposed by Russia on European Union countries, the United States, Ukraine, and several other countries. But Serbian authorities did not confirm the phytosanitary certificates for the apples, while authorities of Kazakhstan said, citing official records, that no apples from Serbia had been imported in 2017 at all. Similar documentary fraud was discovered in attempts to import apples reportedly grown in Moldova to Russia through Kazakhstan.

“Thus, Rosselkhoznadzor has uncovered falsification of the country of origin of vegetable products by the Republic of Kazakhstan. And this is not the only case… Given the failure of Kazakhstan’s authorities to take adequate measures to prevent fraud, Rosselkhoznadzor feels compelled to ban imports from Kazakhstan of fruits and vegetables originating from Serbia or Moldova,” the Russian regulator said.

Rosselkhoznadzor recalled that previously, under similar circumstances, it had to ban imports of fruit and vegetables from third countries imported into Russia through Belarus. According to the regulator, the ban helped to achieve almost threefold reduction of imported “sanctioned” products.

According to Rosselkhoznadzor, the ban was put in place to uphold the sanctions and to “prevent the imports of banned products into Russia.”

Russia banned imports of agricultural products, including vegetables, from the EU countries, the United States, Canada, Australia, and Norway in August 2014. Later the list was expanded to include five more countries: Albania, Montenegro, Ireland, Liechtenstein, and Ukraine. In July 2017, the embargo was extended until December 31, 2018.