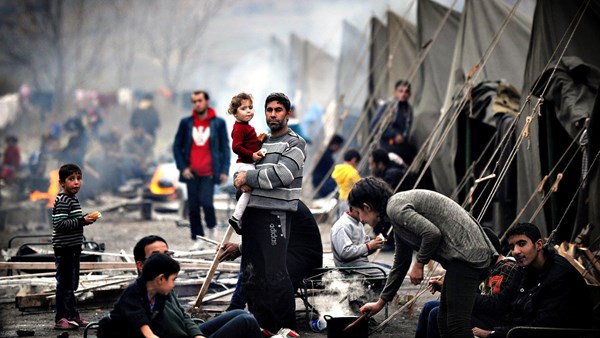 The Syrian army’s offensive in the Idlib province in December, accompanied by the mass bombing of settlements by the Russian Aerospace Forces, has brought the Middle East to the brink of a new migration catastrophe.

The series of bombing runs which began on December 12 has forced more than 200,000 residents of the northern regions of Syria to leave their homes, the UN Office for the Coordination of Humanitarian Affairs (OCHA) told Reuters.

According to the department, by December 25 the number of refugees fleeing towards the Turkish border had reached 235,000.

With support from artillery and ships deployed in the Mediterranean Sea, the Russian Aerospace Forces have made more than 170 bombing runs, obliterating the cities of Maarat al-Numan and Saraqib, as well as several other towns in Idlib.

“The new escalation of violence in north-western Syria is making the civilian population suffer from the destructive consequences of combat,” said the OCHA. Tens of thousands of other families are also ready to leave their homes, but are afraid of airstrikes and bombing runs.

The wave of migrants is heading towards Turkey, which has already accommodated 3.7 million Syrians who have been forced to flee the war, which has been raging for eight years.

Assad’s army’s new attempt to take control of Idlib, where roughly 3 million people remain, threatens to cause a repeat of the migrant crisis. As part of the deal it signed with the EU in 2016, Turkey has undertaken to act as a barrier to migrants aiming for European countries.

However, “unless the violence in Idlib stops, Ankara will not be able to bear this burden single-handedly,” said Turkish President Recep Erdogan on Sunday. According to him, roughly 80,000 Syrians are already waiting on the border, and this number could grow.

The refugee problem is concerning to Germany, which accepted roughly 2 million migrants last year, and is spending €12.9 billion per year supporting them.

On Friday, German Chancellor Angela Merkel made an urgent visit to Ankara in order to discuss the migration pact, to which Brussels has allocated €3 billion, with Erdogan.

With these funds, Turkey is supposed to build and maintain migrant camps, and prevent migrants from reaching the border with Greece.

Last week, US President Donald Trump called for an end to the “carnage” in Idlib. “Russia, Syria and Iran are killing thousands of innocent civilians. Stop it,” he wrote on Twitter.

Russian Foreign Minister Sergey Lavrov, following talks with his Iranian colleague Mohammad Javad Zarif, claimed that Washington is guilty of the escalating violence. According to Lavrov, the US has been “fueling separatism” in north-eastern Syria.