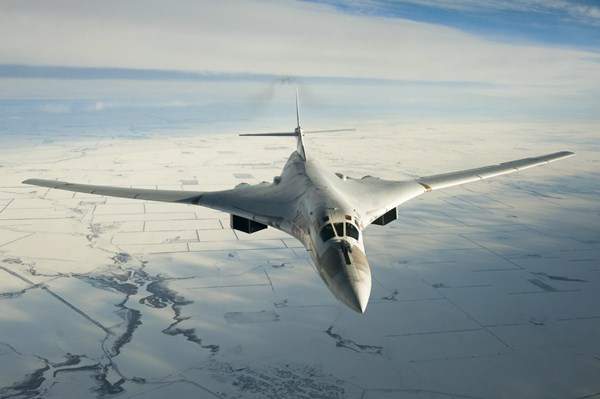 Two Russian Tu-160 strategic bombers have completed a non-stop flight to the Anadyr airfield in the Russian Far East, the Russian Defense Ministry announced. The airfield is one of the closest to the US border, a mere 600 km from the closest point.

The defense department said that the relocation was done as part of a planned tactical flight exercise led by Lieutenant General Sergey Kobylash, commander of the long-range aircraft of the Russian Aerospace Forces. The flight lasted more than eight hours and covered a distance in excess of 6,000 km. The strategic bombers did not need to refuel.

“During the exercise, they will practice being relocated to operational airfields, as well as making flights with aerial refueling. The event will involve roughly ten Tu-160, Tu-95MS, and Il-78 aircraft,” the ministry noted.

In January, the US and Canadian Air Forces scrambled fighters to intercept Rusian Tu-160 bombers that came close to the Canadian border in the Arctic. The two Russian bombers were escorted by two F-22 fighters, two CF-18s, and an E-3 AWACS early warning and control aircraft as they flew over the Arctic Ocean.

There was a similar incident earlier in August. Two Russian Tu-95 bombers flew over the neutral waters of the Bering Sea, and were escorted by American F-22s and F-18s at various points in their route.

The Tu-160 is a supersonic strategic bomber designed to deliver nuclear and non-nuclear missile strikes against targets deep in enemy territory. These Russian bombers have been flying regularly over the neutral waters of the Black and Baltic Seas and the Arctic, Atlantic and Pacific Oceans.