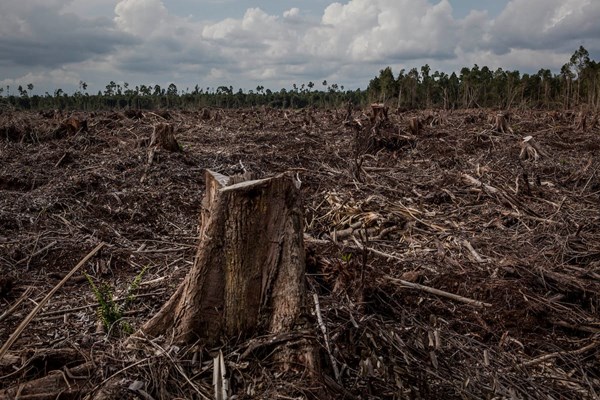 Russia is expecting China to invest in a joint project to restore the forest in Siberia in the wake of illegal logging and subsequent exportation to china, Dmitry Kobylkin, Russian Minister of Natural Resources and Ecology, told Vedomosti in an interview.

He said that “serious work” is being done with the Chinese.

“I asked their law enforcement agencies to get involved,” Kobylkin explained, “Because I really don’t like the fact that we are dealing with their ‘comrades’ on our own here in Russia. They come, buy timber, and we have to clean up the rubble.”

Russia’s proposal is to establish seeding facilities and plantations along the border “in order to restore for our children and grandchildren that which the black market woodcutters cut down,” Kobylkin noted.

“China must understand clearly,” he emphasized, “that if they don’t get involved in resolving this problem, we will have no choice but to ban timber exports altogether.”

“The important thing is for their government to take control of attracting investment. Members of China’s Communist Party were present during the conversation and fully supported me. They are serious about discipline,” the Russian minister observed.

Currently the Russian forests are a temporary supplementary source of inexpensive wood which can be treated extremely casually, just as the existing Russian laws and traditions allow, note experts from GreenPeace Russia.

Although China is cutting down its own forests more than Russia’s, in China industrial logging is prohibited in wild forests, especially in the mountains, and huge funds are invested in the cultivation of forests on developed land, including land previously used for agriculture and especially purchased from farmers.

In Russia, one tenth of all forests, roughly 100 million hectares, effectively has no legal status, GreenPeace observes: they grow on land designated for agriculture, and are not considered forests on paper, which is why they are not protected against deforestation or fires.

The new Forest Code adopted in 2006 led to a nearly 75% drop in the number of people employed in the forestry sector, the experts note. Moreover, the people who are meant to protect the forest now spend roughly three quarters of their time dealing with bureaucratic tasks.