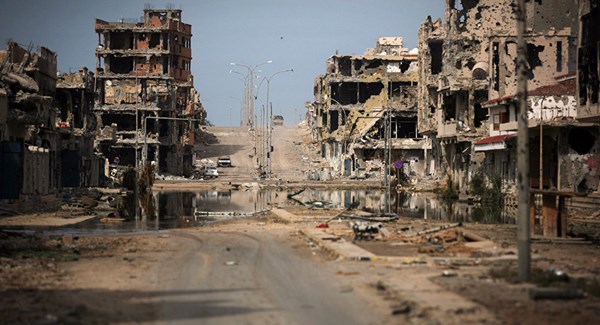 “Restoring the economy, restoring the social sphere, prospective projects, which could be and need to be restored – this is also key for resuming normal life in Libya,” Medvedev said at a conference on Libya held in Italy.

“We are also willing to be involved in this,” he stated.

Medvedev noted that Russia is willing to collaborate and to develop economic projects with Libya. “The country is wealthy, the country has traditions, and we have had very productive contacts,” RIA Novosti cites the prime minister as saying.

He clarified that the collaboration would depend on national reconciliation in the country.

Previously Russia also announced plans to participate in the restoration of war-ravaged Syria. In November last year, President Vladimir Putin said during a meeting with the leaders of Turkey and Iran that “there is major work to be done – essentially, to help the Syrians to create infrastructure again, to revive industry, agriculture, trade, to reopen social facilities: hospitals, schools, kindergartens”.

In February, the Syrian ambassador to Moscow said that Damascus is prepared to give major concessions to Russian companies involved in the restoration of the Syrian Arab Republic.

Civil war broke out in Libya in 2011. Muammar Gaddafi, who had ruled the country since 1969, was overthrown and killed. An international coalition comprising of France, the US, UK and other countries fought against his opponents. Today, Libya is ruled by two governments: a parliament in Tobruk, and the Government of National Accord in Tripoli in the west.