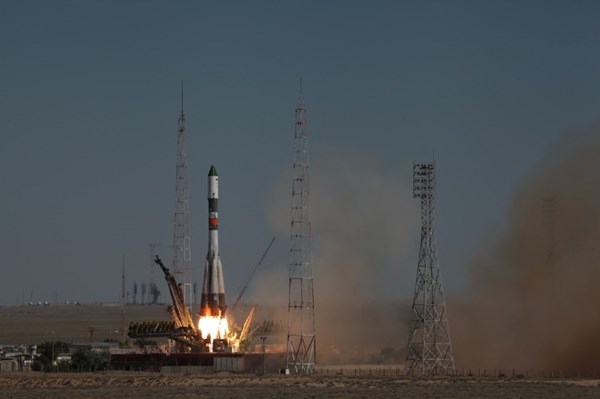 The Russian government has laid in the draft federal budget for 2022-24 a sharp reduction in funding for the space industry.

The total amount of funding for the state program "Space Activities of Russia" next year will be cut by 40.3 billion rubles ($560 million), to 210.2 billion ($2.90 billion), follows from the explanatory note to the draft budget bill, published on the State Duma website.

The reduction of the 250.6 billion rubles ($3.46 billion) space funding by 16%, which was included in 2021 budget, is conceived not as a one-time action, but will take place over the entire upcoming three-year period.

According to the materials of the Russian Finance Ministry, the spending on "the implementation of production and technological activities in the space industry" will be cut from 20.7 billion rubles ($290 million) this year to 16.7 billion ($230 million) next year, and then practically reduced to zero in 2023-24 (0.4 billion rubles).

It was decided to reduce the federal target program "Development of cosmodromes" by a quarter - from 48.5 ($670 million) to 35 billion ($480 million) rubles.

The Kremlin intends to save on insurance of risks during launches and tests of spacecraft, cutting the cost 6-fold, from 4.6 billion ($63 million) in the current year to 659 million rubles ($9.09 million) in 2022.

Expenditures on research and development in space, totalling about 1 billion rubles ($14 million) this year, will be completely eliminated. It was decided to transfer them to the program of scientific and technological development which has more than a trillion rubles ($14 billion) allocated for the next year.

On September 29, Russian President Vladimir Putin held a meeting on the development of the space industry, during which he criticized the failure to fulfill the long-term goals in this area.

"The whole range of measures with appropriate funding had to be approved by August 30. However, this has not been done so far, which puts our plans for the development of the industry as a whole at risk," Putin said.

He also added that it is necessary to increase the reliability of Russian spacecraft and develop the next generation of carriers, as competition in the world market of space launches is growing.

Last year, according to reports, the Russian space agency Roscosmos did not fulfill about a third of the goals of the state space program completing only 30 out of 83.

The most deplorable situation was with the program for the development of cosmodromes, where out of 26 projects Roscosmos implemented only 8. According to the Federal Space Program for 2016-2025, almost half of the projects - 10 out of 18 - failed. The GLONASS program has the highest level of fulfillment - 16 out of 20 events.

“The pandemic, the reduction of resources supply, as well as "sanctions on the supply of components for rocket and space technology had a negative impact on the implementation of the plans,” explained Maxim Ovchinnikov, Deputy Director General of Roscosmos for Economics and Finance.