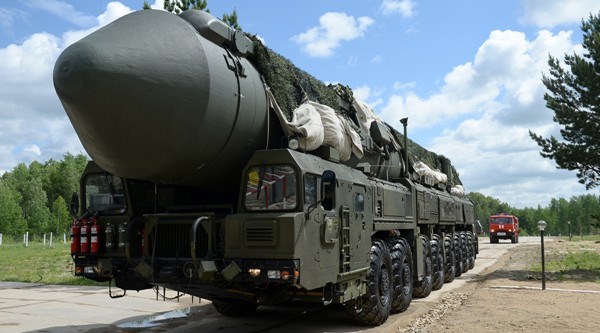 During the exercises, the forces fired combat-training submarine-based ballistic missiles, air-based cruise missiles and guided missiles. The missiles were launched from the waters of the Barents and Okhotsky Seas, as well as from long-range aircraft, which took off from the Engels, Ukrainka and Shaykovka airports in the Amur and Kaluga provinces.

A variety of forces took part in the drills, including the on-duty shifts of control points, missile regiment crews, nuclear-powered submarine crews from the North and Pacific Fleets, strategic missile carriers and long-range bomber aircraft.

The exercise was used as an opportunity to test the Armed Forces’ control system and the communication of orders between the national control center and the unit command points. “All ballistic missiles fired from submarines were detected in good time by the unified space system and ground radar stations,” the Russian Defense Ministry states.

“The training assignments were carried out in full,” the report notes. Dummy targets were destroyed at the Kura, Chizha, Pemboy and Terekta test ranges.

The Russian military held drills on a similar scale on October 26, 2017. As part of those exercises, four ballistic missiles were fired, including a Topol ICBM. The drills involved Tu-160, Tu-95MS and Tu-22M3 long-range aircraft.