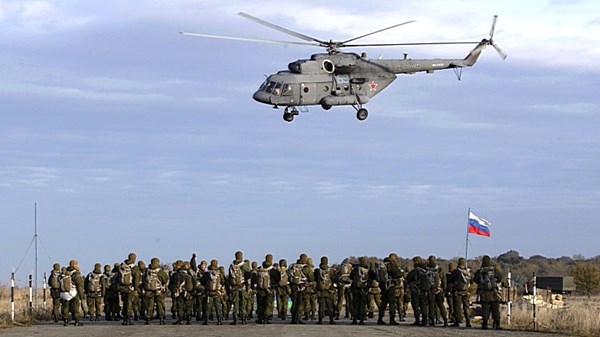 Russian military, stationed in Armenia, carried out exercises amid deteriorating relations between Yerevan and Baku, Interfax reports, citing a report from the Russian Southern Military District.

More than one and a half thousand Russian servicemen, as well as more than 500 units of military equipment, took part in the joint exercises with Arminian military. MiG-29 fighter jets, Mi-24P, Mi-8MTV helicopters and combat drones were involved in these exercises.

On July 12, a border conflict broke out in the Tovuz region on the border between Armenia and Azerbaijan. Yerevan accused Baku of trying to seize the border territory. The Azerbaijani Defense Ministry insists that the conflict began after the Armenian Armed Forces shelled their positions.

Baku and Yerevan, which have been in conflict since 1988, when the Nagorno-Karabakh Autonomous Region announced its withdrawal from the Azerbaijani SSR, blame each other for a new outbreak of violence that is gaining momentum despite calls for de-escalation from the West and from the Kremlin.

Armenia's ambassador to Moscow, Vardan Toganyan, said Yerevan was counting on Russia's help in resolving the conflict, as the situation on the border was developing "not in a very good way."

Russian presidential spokesman Dmitry Peskov said that Moscow was "deeply concerned about the clashes on the Armenian-Azerbaijan border" and called on both sides "to restraint and respect their obligations under the ceasefire." Russia is "ready to mediate efforts to resolve the settlement of the conflict, being the co-chair of the Minsk Group," Peskov said.