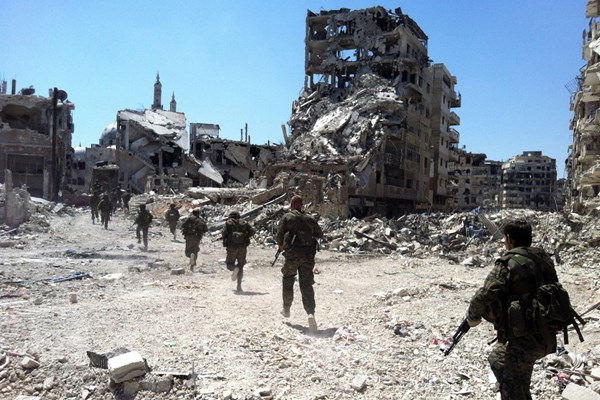 Russia has blocked a UN Security Council statement calling for confirmation of the ceasefire in Idlib, Syria, a source in the council reported on 3 June.

The statement, drafted by the “humanitarian three” – Belgium, Germany and Kuwait – calls for “all parties to return to full compliance with the Russian-Turkish ceasefire agreement”. The document also emphasizes that the return of Syrian refugees “must be safe, voluntary and dignified” and that violations of international law must be punished.

The source claims that Russia did not support the statement because it considers it superfluous in light of the bilateral memorandum with Turkey.

Russia considers it necessary to ensure that the terrorists that have settled in Idlib cease fire, said Kremlin Spokesperson Dmitry Peskov on 31 May. The president’s press representative emphasized that, according to the agreements that have been reached, Turkey is responsible for de-escalation in Idlib.

On 15 October 2018, the agreement between Turkey and Russia to establish a demilitarized (buffer) zone along the northern front in the Syrian provinces of Aleppo, Idlib, Hama and Latakia, by withdrawing heavy weaponry and implementing a ceasefire, expired. The Syrian army has generally complied with the terms, but in a number of regions this proved to be impossible due to constant bombardment by the militants. Turkey, in turn, has not yet been able to convince the radical Islamist and terrorist groups to withdraw from the front line.

After talks between Russian and Turkish presidents Vladimir Putin and Recep Tayyip Erdogan on 17 September in Sochi, the defense ministers of both countries signed a memorandum to stabilize the situation in the Idlib de-escalation zone. Only a portion of the heavy weaponry was withdraw from the demilitarized zone in Idlib (tanks, multiple rocket launchers and mortars). Monitoring of the demilitarized zone is meant to be organized by Turkey’s mobile patrol groups and the Russian military police. The zone will be created on the demarcation line between the Syrian government forces and the opposition forces, with a breadth of 15-20 km.

In recent weeks, the situation surrounding the Idlib zone has become more complicated. Russia’s Khmeimim Air Base has been periodically bombarded from the militant-held position in north-western Syria. The Syrian army has been simultaneously fighting several “intractable” groups, while the Turkey-backed “moderate” armed opposition in the National Front for Liberation also never misses an opportunity to shell Assad’s forces. The government forces also have to hold back the Guardians of Religion Organization, one of the Syrian branches of Al-Qaeda, and the mismatched militant groups from the jihadist alliance Tahrir al-Sham, in which the terrorist groups Al-Nusra Front and Jaysh al-Izza play a leading role.