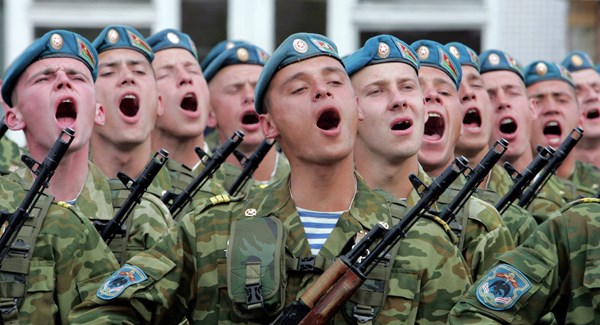 The ministers agreed to establish three combat training centres for military personnel. Two of them will be created in Russia in the Nizhny Novgorod and Kaliningrad regions, another in the Grodno region in northwestern Belarus, which borders Lithuania and Poland.

According to Shoygu, Zapad-2021 will the largest joint exercise. Joint events within the framework of the Shanghai Cooperation Organization (SCO), the Collective Security Treaty Organization (CSTO) and the Commonwealth of Independent States (CIS) are also planned.

Shoygu said that the joint air defense system of Russia and Belarus was the main topic of discussion with Khrenin. The Russian minister invited his colleagues from Belarus to the International Security Conference in Moscow, and also invited Belarusian servicemen to take part in the Russian Army International Games, which will be held this year.

Shoygu specified that several countries will be taking part in these military games and their number is growing.

In January, Khrenin announced that Zapad-2021 joint exercises with the Russian and Belarusian military will be held from September 10 to 16, 2021. The exercises will involve regional contingents of both countries. According to Khrenin, the military plans to test new ways of working together in urban environments, assess the effectiveness of new and modernized weapons, and share experiences.

This will be the fourth exercise of this kind. The last time the Zapad joint exercises were held in September 2017. Almost 13,000 servicemen took part in them: about 7.2 thousand from Belarus and about 5.5 thousand from Russia.