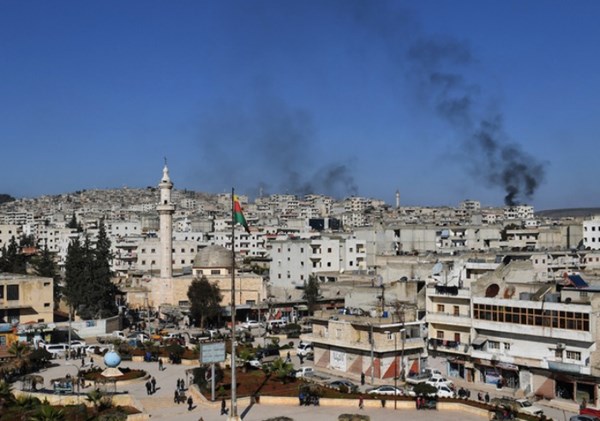 The Hama and Idlib provinces have been the target of at least 110 air attacks by Russian and Syrian government aircraft, the Syrian Observatory for Human Rights reported on Saturday 4 May. According to the London-based organization, at least 69 people have been killed since the start of this new escalation on 30 April.

The new wave of violence in the region could jeopardize the Russian-Turkish agreement to establish a demilitarized zone in Idlib. The agreement was reached in 2018 in the hopes of preventing a Syrian government offensive in the region.

Officially Damascus claims that the air attacks have targeted the jihadists’ military facilities. The Syrian state news agency SANA reported that the airstrikes were a response to multiple violations of the de-escalation agreement by the rebels.

However, UN and World Health Organization (WHO) representatives have pointed out that schools and medical institutions in the region have also been affected by the attacks.

According to the WHO, three hospitals in Hama and Idlib that tend to as many as 11,000 patients every month can no longer continue to function as a result of the recent destruction.

UN representatives have remarked that the Syrian government forces have resorted to their most massive bombing using barrel bombs in the last 15 months. In such bombardment, barrels with explosives are dropped from helicopters on enemy targets.

The organization claimed in a Facebook post that the bombardment in the demilitarized zone is being done deliberately “to force out the people who have already returned to their homes”.

Around 3 million Syrians still live in Idlib. The province is controlled by a coalition of the terrorist group Tahrir al-Sham, which is led by militants from the Al-Nusra Front, and the secular National Front for Liberation, which is supported by Turkey.

Recently the media reported that Damascus was planning to clear out the regions where the provinces of Hama and Idlib intersect in order to establish a demilitarized zone there.

Syrian Deputy Foreign Minister Faisal Mekdad told the TV channel Al Mayadeen in an interview on 2 May that he considers it “unacceptable” for “armed bands that enjoy support from Turkey” to hold a portion of Syria’s territory.