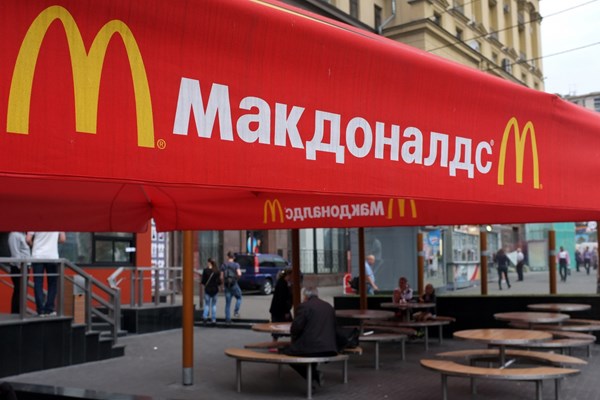 Former McDonald’s fast food restaurants will reopen in Russia on Sunday under new branding and ownership, after the American company pulled out of Russia last month in the wake of the invasion of Ukraine.

The new restaurant chain is yet to be named, but its logo will have an orange circle and two diagonal yellow lines, according to Sistema PBO, the Russian firm that purchased the former McDonald’s restaurants.

The relaunch will begin on Russia Day, a patriotic day celebrating the country’s independence. It will take place at the former McDonald’s location in Moscow’s Pushkin Square where Russia’s first McDonald’s opened in January 1990. The reopening will initially cover 15 locations in Moscow and the surrounding region.

McDonald's last month said it was selling its restaurants in Russia to one of its local licensees, Alexander Govor. It was one of the most high-profile business departures that came in the wake of Russia’s invasion of Ukraine on February 24th.

“It is impossible to ignore the humanitarian crisis caused by the war in Ukraine,” McDonalds’ CEO wrote in a May 16 letter to the global “McFamily” announcing the decision.

McDonald’s took a charge of up to $1.4 billion following the sale to Govor. McDonald's last year generated about 9%, or $2 billion, of its revenue from Russia and Ukraine.

Govor says he plans to expand the new brand to 1,000 locations across the country within the next two months.