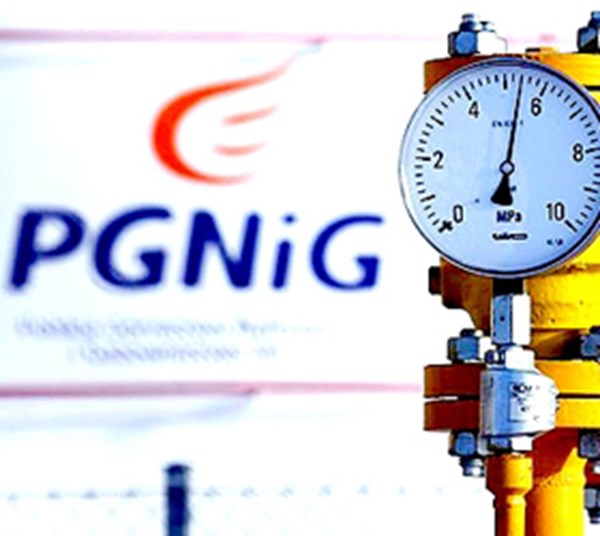 Polish state oil and gas company PGNiG issued a statement accusing Russia's Gazprom of failing to comply with the ruling of Stockholm arbitration court. According to Warsaw, the Russian company continues to abuse its monopoly position in the market.

“Gazprom has not complied with the final decision of the Arbitration Institute of Stockholm in the PGNiG case. The ruling of March 30, 2020 demanded a change in the pricing formula of the Yamal contract (a gas supply contract that Russia and Poland concluded in 1996). Despite this, Gazprom does not respect the decision made as a result of the long-standing dispute in arbitration and continues to bill Poland using an old pricing formula," the statement reads.

PGNiG has asked Gazprom to recalculate gas prices used in recent weeks but has not received a response from Moscow. "This is a flagrant violation of the terms of the Yamal contract, as at the time of the announcement of the arbitration tribunal's decision, the new pricing formula automatically became part of the contract," the Polish company said. Gazprom declined to comment on the PGNiG report.

PGNiG claims that this is indicative of Gazprom's continued abuse of its monopoly position in the market. In this regard, Warsaw can again appeal to the anti-competitive commission of the EC.

According to the court, Gazprom has been refusing to change the price for a long time, and as a result, the gas supplied from Yamal was much more expensive than fuel in European markets. PGNiG said at the time that they expected the Russian company to reduce its price to market value, but Gazprom interpreted the arbitration decision differently. According to Gazprom, the court refused to reduce the price of gas, recognizing only the potential right to demand discounts.

Poland has begun to reduce its dependence on the Russian supplier. In 2017, the share of Russian gas in Poland’s market was 77%. The following year, Warsaw increased alternative gas imports by 60%, reducing its dependence on fuel from Russia by 2%. And from December 2022, Poland will stop purchasing natural gas from Russia under the Yamal contract.

Please visit out Twitter account for updates on the situation in Ukraine.
Follow us on Twitter
Putin gives Lukashenko another $ 1.5 billion
Merkel: lasting peace in Europe is possible only together with Russia
Ukrainian President Zelenksky calls on NATO to carry out a preemptive nuclear strike on Russia
Ukrainian Defense Minister: Russia has attempted to purchase large shipment of body armor and winter uniforms through Turkey
Kyiv: Russia is not allowing Ukrainians with Russian passports to leave its territory
Ukrainian military says Russian aircraft launched missile strike on Ukraine from Belarus for first time since August
Poland asks U.S. to deploy nuclear weapons to its territory
Russia vows to take back territories liberated by Ukraine
700,000 Russians have left the country since Putin's mobilization announcement
Shoygu: more than 200 thousand people conscripted to Russian army since the beginning of mobilization
Kremlin: borders of Russia-annexed territories of Ukraine will be established after consultations with local population
Czech Republic crowd funds purchase of T-72 tank for Ukraine
Kyiv: about 5 thousand Russian troops are encircled in Lyman
Russian troops are trying to withdraw from Lyman
U.S. buys $2.9 billion worth of South Korean weapons for Ukraine
German intelligence providing Ukraine with information about locations and movement of Russian troops
U.S. General Ben Hodges: by mid 2023 Ukrainian troops will enter Crimea
The Kremlin has decided to postpone official annexation of Ukrainian territories
German media: Nord Stream and Nord Stream 2 pipelines damaged beyond repair
Kyiv: U.S. is supplying Ukraine with devices to counter Iranian drones used by Russia