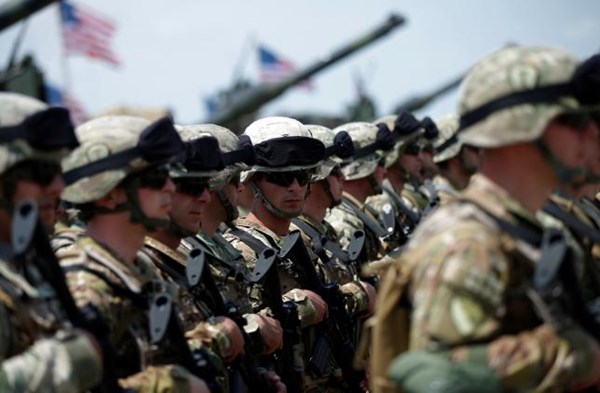 More than 3000 soldiers from NATO member and partner states will take part in the annual Noble Partner drills, which will be held from August 1-15 in Georgia, at the Vaziani military airport and training ground and the Norio training base.

This year the drills will involve 1300 Georgians and 1170 US soldiers, as well as 500 soldiers from 11 other countries: Armenia, Azerbaijan, Estonia, France, Germany, Lithuania, Norway, Poland, Turkey, Ukraine and the UK.

The Noble Partner exercise will take place under the direction of the Armed Forces of Georgia and the leadership of the US European Command.

According to Georgian Defense Minister Levan Izoria, the drills are intended to reinforce peace and stability in the region. At the same time, the minister emphasized that each year the number of participating countries and soldiers increases. Notably, the Noble Partner 2017 exercise featured seven participant states and 2800 soldiers, and this year the drills will involve 13 countries and more than 3000 soldiers.

“This once again confirms Georgia’s growing support from the US and other NATO member-states and alliance partners,” Izoria observed.

According to the Georgian Defense Ministry, the multinational exercise aims to “increase the readiness and compatibility between Georgia, the US and partner states, as well as to improve skills in stability, defense and offensive operations, and to contribute to the security environment in the Black Sea basin.

“The drills are complex and their scenarios include command and field training with live ammunition and the coordination of maneuvering and supporting combat elements in defensive and offensive operations,” the Georgian defense department notes.

At the same time, Russia continues to warn Georgia not to draw close to NATO.

Konstantin Kosachev, Head of Russia’s Federation Council committee on international affairs, said on July 25 that the appearance of new military systems on Russia’s borders will lead to a response reaction from Moscow, namely taking measures “to their full extent”.

“This needs to be well understood by our Georgian partners,” Kosachev said.

“The newcomer countries [to NATO] are included in all kinds of programs aimed at restraining Russia.  The clearest example is the development of the European anti-missile defense system… All of this will create additional lines of tension in the South Caucasus, and all of this will, of course, imply response military planning from the Russian Federation. This should not be a secret for anyone, it should not come as a surprise to anyone,” the senator warned.

Following his meeting with US President Donald Trump in Helsinki on July 16, Russian President Vladimir Putin was interviewed on Fox News. When asked how Russia would react if NATO took Ukraine and Georgia into its ranks, the Russian president said that Russia would view such a future expansion of NATO “extremely negatively”, since Putin claims this would constitute “a direct threat to Russia’s security”.