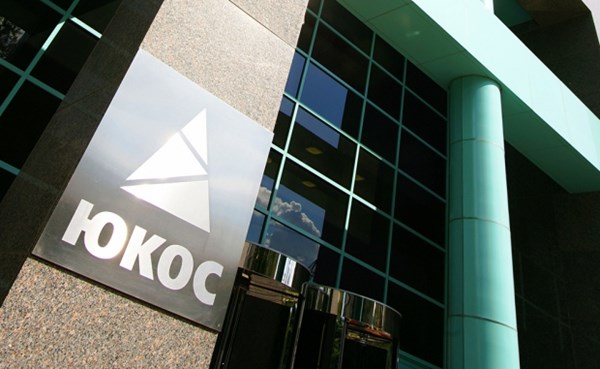 Former Yukos shareholders are seeking financial recovery from Russia in the amount of 50 billion dollars in accordance with the decision of the Arbitration Court in The Hague.  This refers to Russian assets seized in France.  The amount of one billion euros is roughly 86 billion rubles.   This information is according to the RBC daily newspaper with reference to Group MENATEP Limited (GML), a holding company representing the former shareholders of Yukos.

The ventures of the Federal State Unitary Enterprise, Goszagransobstvennost, of the Business Administration of the President of the Russian Federation, as well as the accounts of the Russia Today media group are among the frozen assets.  The arrest is imposed on the debt of the Eutelsat company to the Russian Satellite Communications Company (RSCC), and also to the Eutelsat shares which are controlled by the RSCC.  In addition to this, payments of French companies Air France and Arianespace, related to their Russian counterparts, were also arrested.

As noted by RBC, the Yukos shareholders are also trying to foreclose on the financial assurance provided by the Bank Societe Generale to Rosoboronexport in connection with the termination of their contract for the supply of ships and the Mistral helicopter carriers.  Rosoboronexport is the sole state intermediary agency for Russia's exports and imports of defense-related and dual use products, technologies and services.

It was also previously reported that the Euronews TV channel, owned by the All-Russia State Television and Radio Broadcasting Company (VGTRK), as well as the land in Paris where a Russian spiritual and cultural center is being built, are among the Russian assets arrested in France.

In July 2014, the Arbitral Tribunal in The Hague found Russia guilty of the misappropriation of the assets of the Yukos Oil Company and ordered the country to pay the former shareholders 50 billion US dollars.  Russia had refused to pay the money.