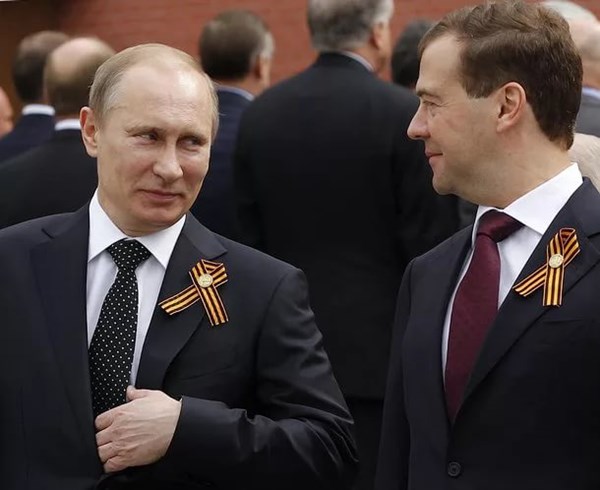 Russia has announced the beginning of a propagandist initiative. By May 9 it is going to distribute 100,000 Saint George ribbons abroad but even its allies are apprehensive of this plan.

This was reported by Gazeta Wyborcza, adding that in Russia and some post-Soviet countries the ribbon is considered a symbol of the end of the Second World War. That's why it is massively distributed in the streets on the occasion of the celebration of the Victory Day on May 9.

Distribution activities began on Saturday. This was announced by the Kremlin's main propagandist Dmitry Kiselyov. "The initiative was born in the agency ‘Russia Today’ in 2005. The St. George's ribbon became a symbol of the glory of our soldiers during the Great Patriotic War. It also acquired a certain value in itself that became a certain foothold in modern times," Kiselyov said.

The publication writes that the ribbons will be distributed in 90 countries including Poland. They will be handed out by Russian diplomats, as well as members of pro-Russian organizations and those who sympathize with Moscow.

Over the years, St. George ribbons were distributed in countries that were part of the USSR. The organizers of this initiative proudly declare that the ribbons will appear on the streets of all former Soviet countries. The largest number of ribbons will be in Moldova, Armenia, Belarus and Kazakhstan.

However after the war in Ukraine, during which the ribbon became a symbol of aggression, it became an ambiguous phenomenon for other countries as well. "This is a propagandist demonstration of the strength of Russia, the ribbon has become a symbol of militant Russian nationalism," said one of the leaders of the Belarusian opposition, Aleksey Yanukevich.

"The authorities of many countries are not very approving of the distribution of such ribbons; there is no official ban, but there is an unpleasant climate," Russian Foreign Ministry representative Oleg Malginov complained at a press conference. He added that behind the worsening of the attitude towards the ribbons is allegedly a desire to belittle the role of the Soviet army in the victory over Nazi Germany in World War II.

"The ribbon is seen as a symbol of Russian nationalism, and the authorities of Ukraine and the Baltic countries are openly opposing it. Russia's allies, even Belarus, are cautious about the Russian initiative," Pavel Usov, political scientist and the head of the Center for Political Analysis and Prognosis said. In his opinion, the leaders of post-Soviet countries believe that to wear St. George's ribbon the way Putin does is a way of demonstrating pro-Russian views.

"The leaders of the former Soviet republics do not support wearing the ribbons but do not want to spoil relations with Moscow either. That's why they do not impose a ban and do not oppose it openly," Usov is convinced.

Meanwhile, Belarus and Kazakhstan officially refrained from joining the Russian initiative. They prefer to distribute their own ribbons of national colors. Last year, the authorities of the Belarusian Brest announced the inadmissibility of the St. George's ribbon in public transport.
Previously it was reported that in March 2016 the parliamentary committee on legislative support of the work of the Verkhovna Rada of Ukraine supported the draft law on imposing a fine for the use of the so-called St. George ribbon.