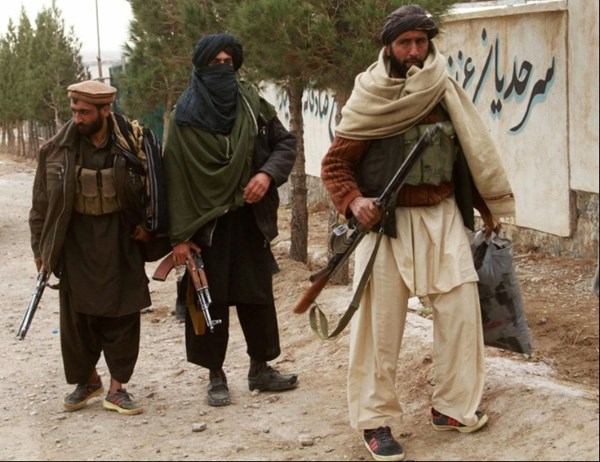 Anonymous sources within US intelligence services suggest that Russia provides weapons and military training to the Taliban in Afghanistan. The West also suspects that Moscow’s support of the Taliban is guided by the Russia’s desire to undermine the pro-American government in Kabul, as reported by Rosbalt.

According to information obtained by the Associated Press from US intelligence sources, evidence was found that Moscow supplied weapons to the Taliban in 2015, during the Islamic group’s campaign to capture the city of Kunduz in northern Afghanistan.

Russia allegedly provided the Taliban with Kalashnikovs automatic rifles with plastic butts, a model that is only manufactured in Russia. In addition, Moscow is thought to have supplied the militants with anti-tank grenade launchers.

"Russia also gave money and weapons to the Taliban so that they would fight against the Islamic State,” the intelligence officials were quoted as saying.

"We are 100 percent confident that Russia supports certain elements among the Taliban and encourages them to operate near Afghanistan's northern border, where they can easily get reinforcements from Tajikistan and act as a buffer against ISIS," the sources added.

In December, an unnamed Taliban field commander told the British Sunday Times that Russian President Vladimir Putin held a meeting in September with the leader of the Taliban, Mullah Akhtar Mansour. The meeting allegedly took place at a military base in Tajikistan. According to the Sunday Time’s source, Putin promised to supply the Taliban with modern weapons and financial support in exchange for cooperation which would “meet the interests of Moscow”.

In September of last year, Putin participated in the Collective Security Treaty Organization (CSTO) summit in Dushanbe, where he affirmed his dedication to the fight against international terrorism. An unnamed Kremlin official said that the allegations of Putin's meeting with Mansour are groundless.