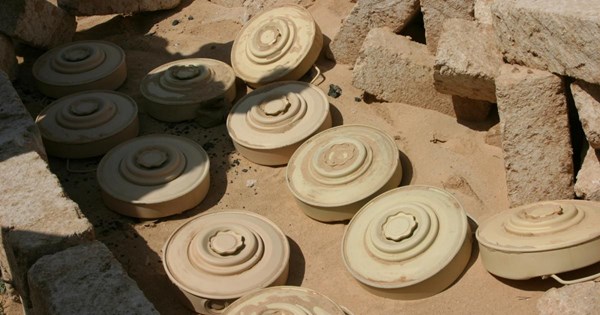 The press center of the ATO reports that mine disarming operations by Ukrainian forces have continued a few kilometers away from the conflict in the Mariupol region.

"In the direction of Mariupol, it has been relatively quiet for the last two days. This makes it possible for the Ukrainian military to actively dispose of mines. Recently, explosions were constantly heard in the vicinity. Taking advantage of a partial cessation of hostilities in the area, the Ukrainian military have begun to conduct the elimination of explosives. Now, mine sweeping continues a few kilometers away from the fighting, which complicates the work of the sappers," said the press center.

As a result of these activities, several munitions were found and destroyed including about a hundred 82mm and 23mm mines and nine 152mm artillery shells. The disposal of this dangerous arsenal was held in compliance with all the security measures and in cooperation with the military service law enforcement of the armed forces of Ukraine.

The mine disarming operations in five sites near the front lines of Donbass are a result of an agreement reached during the earlier talks in Minsk.