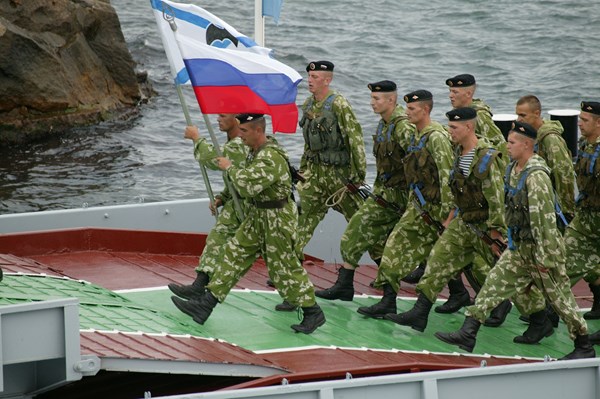 Ukrainian intelligence says that the deployment of sabotage and intelligence activities to Mariupol is associated with the preparations for an amphibious operation as reported by the press service of the Main Directorate of Intelligence of the Ministry of Defense.

"The 9th Division motorized rifle regiment (in Novoazovsk city) of the 1st corps has been strengthened with units from the 810th Division Marine Brigade of the Black Sea Fleet of the Russian Federation," the statement said.

It was noted that in order to legalize the presence of Russian Marines in this area and conceal the preparations for an amphibious assault operation, the command of the Russian Armed Forces carried out a number of activities.

In addition, according to the intelligence reports, the personnel of the 9th Division special motorized rifle regiment of Marines were provided with Marine uniforms (black berets, vests, chevrons), and the appropriate symbols were painted on the military equipment.

Earlier, the Ukrainian intelligence service reported that in the last few days, three Russians have died and another five Russian soldiers were wounded near Mariupol.