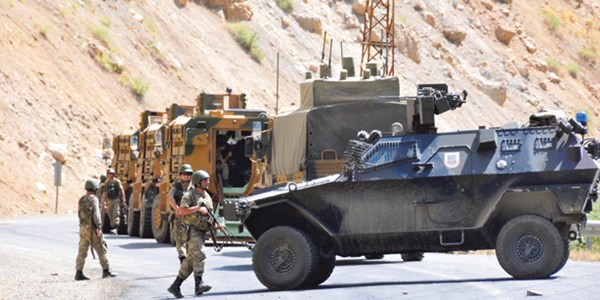 Turkey is not going to withdraw its military from Northern Iraq despite the demands of Baghdad, which regards Turkish presence on its territory  as a "military invasion.”  According to Reuters’ sources, the Turkish authorities began negotiations with the Iraqi Ministry of Defence, but their result was "already predetermined.”

According to sources, the probability that Turkey will withdraw troops is extremely small. "The negotiations are underway and everything will depend on those results, but it is clear that the location of the troops will not change. The only thing we can reduce is the number of soldiers“ the source said.

On Dec. 4, media reported the arrival of Turkish troops, with tanks and artillery, to camp "Salkan," in Northern Iraq, 30 km North-East of Mosul city which has been controlled by militants of the "Islamic state" since June 2014. According to Official Ankara, Turkish soldiers and officers located within the Iraqi territory are there to train Kurdish Peshmerga in order to fight the “Islamic state.” According to Turkish publications, along with Iraqi authorities, the Kurdistan operation involves 600 military men.

Iraq, however, expressed strong protests regarding the "invasion of Turkish forces into the Iraqi territory without notification of the Central Government.” Such violation of Iraqi sovereignty in addition to the presence of any foreign forces in the country is assessed as a "hostile act,” mentioned in a special statement issued by the Iraqi Foreign Ministry.

Additionally, Iraq has not excluded the idea to appeal to Russia for military help by sending troops due to the Turkish intervention. This was stated by the Chairman of the Committee on Security and Defence of the Iraqi Parliament Hakim al-Zamili. In an interview published in London’s pan-Arab newspaper, “Al-Araby Al-Jadeed” the Iraqi MP  suggested that Russia can assist Baghdad up to its direct military intervention. "We may ask Russia soon for direct military intervention in Iraq in response to the Turkish invasion and the violation of Iraqi sovereignty," al-Zamili sai