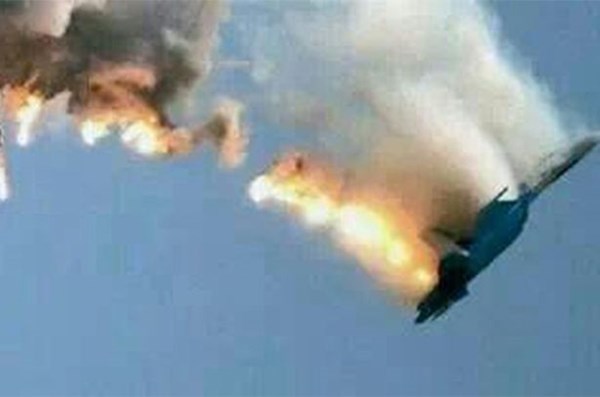 A Russian Sukhoi SU-24 military airplane violated Turkish airspace and was shot down near Syrian border. As reported, one pilot has been killed and the other captured by Turkish forces in Syria. Turkey released a purported image of the flight path of the plane showing that it had violated Turkish airspace. Turkey said it issued 10 warnings to the aircraft before responding "within engagement rules" near the Turkey-Syria border.
NATO has called an extraordinary meeting later Tuesday to discuss the incident.