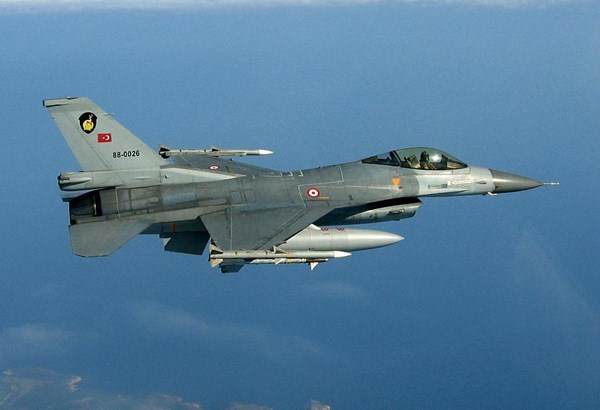 "Turkey will shoot down any aircrafts violating the country's airspace."

The statement was made on Saturday, October 17 by Ahmet Davutoğlu the Turkish Prime Minister.

"Yesterday we shot down a drone. Had it been an aircraft we would have done the same. Our rules of engagement are well known. We will repel anyone violating our borders"

On October 16 Turkish F-16 aircrafts shot down a drone of an unknown manufacturer.

A military statement said the aircraft was shot down after it ignored three warnings for it to leave.

Earlier American Fox News Channel reported that the drone shot down by Turkey belonged to Russia.

Igor Konashenkov, spokesman for the Russian defense ministry, denied the accusations saying that all Russian jets have since returned to their base and all Russian drones "are functioning normally."