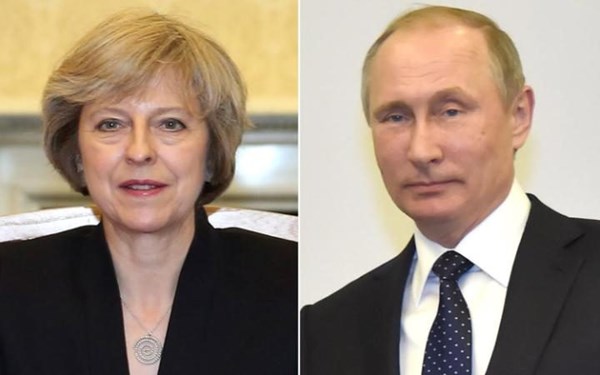 British Prime Minister Theresa May had a phone conversation with Russian President Vladimir Putin. This was reported by the Ministry of Foreign Affairs of Russia via their Facebook page.

During the conversation, the two leaders agreed to strengthen dialogue between special services dealing with issues of aviation security, and agreed to hold a private meeting in the near future

It is reported that the conversation was initiated by Britain.

In addition, Putin once again congratulated May on her appointment.

“During a discussion of the current bilateral issues, both leaders expressed dissatisfaction with the current parameters of cooperation in the political, trade and economic spheres. They agreed to step up joint work in some areas,” the statement read.

At the end of August, it will be the 75th anniversary of the arrival of the first Arctic convoys from the UK to the Soviet Union during the Second World War. This occurred several weeks after Hitler’s Germany attacked the Soviet Union.

“May confirmed that the UK will take part in the commemorations,” the press service of the Russian Ministry of Foreign Affairs reports.

Earlier, the Kremlin responded to the statement of the former British Prime Minister David Cameron who said that Russian President Vladimir Putin would be happy if Britain voted to leave the EU.