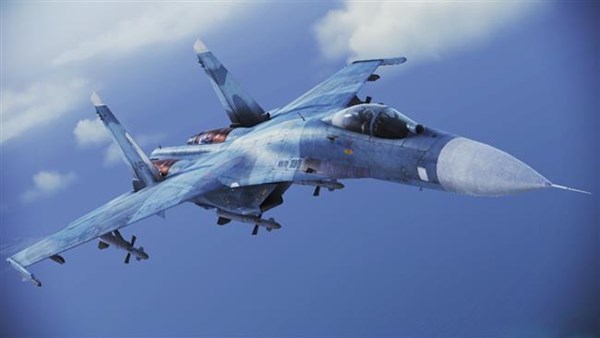 A Russian fighter flew six meters from an American reconnaissance aircraft in the skies above the Black Sea, as reported by NBC News citing a representative of the U.S. Naval Forces Europe, Pamela Kunze.

The incident occurred on May 9th. The Russian Su-27 approached the American P-8A Poseidon when it was performing routine operations in international airspace, NBC notes. According to Kunze, the commander of the American aircraft considered the actions of the Russian fighter safe and professional.

NBC writes that 20 feet (about six meters) was previously considered by the US military to be a dangerous distance for such maneuvers. However, according to Kunze, the distance is only one of the criteria for assessing the professionalism of the approach. She said that it is also necessary to take into account the speed, altitude, visibility and other factors.

At the same time, the Russian Defense Ministry announced that the Russian Su-30 fighter flew on May 9th over the Black Sea to escort an American reconnaissance aircraft and approached it at a safe distance, Interfax reports.

The Su-30 fighter was sent to intercept the aircraft. Its pilot visually identified the aircraft as an American reconnaissance aircraft P8A Poseidon.

"The Russian fighter carried out the maneuver to greet the American pilots, after which the American reconnaissance aircraft changed its route away from the border with Russia," the defense department said.

On May 4th, Russian Su-35S fighters and Tu-95MS missile carriers flew over neutral waters near Alaska. They approached Alaska at a distance of 80 kilometers from Chariot. Fox News noted that this was the first case of an Su-35 flying in such close proximity to the US border. Two American F-22 fighters scrambled to intercept the Russian aircraft.

In early March, it was reported that Russian aircraft provoked NATO pilots four times in one day.