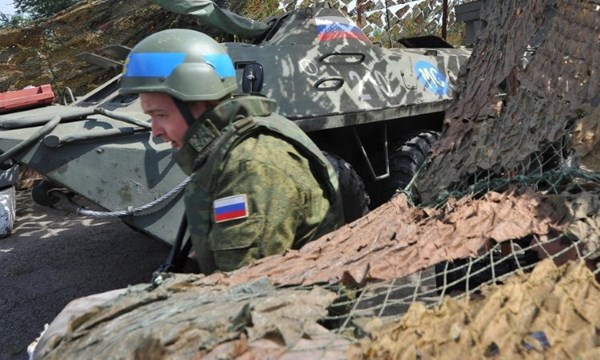 On December 12th, at an international conference entitled “The Policy of Neutrality: International Cooperation for the Sake of Peace, Security and Development” in Ashgabat, Turkmenistan, the President of Moldova, Nicolae Timofti, emphasized the need for a full withdrawal of Russian troops from Transdniestria.

“We repeat the need for a completion of the withdrawal of Russian troops and ammunition from the territory of our country,” Timofti stated. Additionally, the Moldovan President has favored a transition from a peacekeeping operation in the security zone to a civilian-led mission under international mandate.

Timofti noted that Russia had signed the Adapted Conventional Armed Forces in Europe Treaty in 1999, agreeing to a full withdrawal of Russian troops from the territory of Moldova. However, a contingent of Russian peacekeeping forces (one battalion of about 412 peacekeepers) and one military unit of two batallions, totalling over 1,000 troops, remains located on the territory of the unrecognized Dniestrian Moldovan Republic (DMR).

Russian soldiers currently guard large ammunition stores in Cobasna, which were left in Transdniestria after the breakup of the Soviet Union. Both Russian citizens and Transdniestrian Russians comprise the Russian operational units and peacekeepers on the territory of the DMR.  The Moldovan government doesn’t recognize the legitimacy of the republic, and insists on the withdrawal of Russian forces guarding the breakaway region.