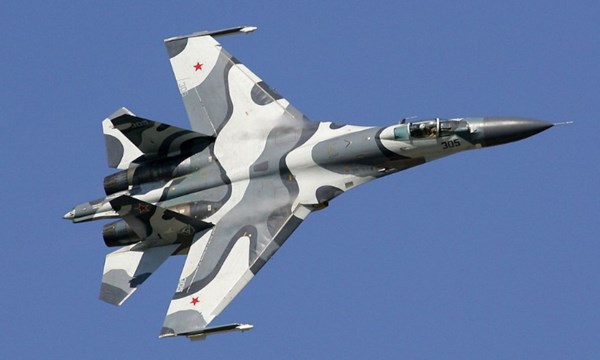 The US military department said that the interception of a US Air Force reconnaissance aircraft by a Russian Air Force jet in the Baltic Sea was unsafe.

"On June 19, an American RC-135U aircraft flying in international airspace over the Baltic Sea was intercepted by a Russian Su-27. Due to the high speed of convergence and poor control over the aircraft during the interception, this interaction is regarded as unsafe," the Pentagon statement said.

The agency also stressed that the American reconnaissance aircraft did not commit provocative actions and did not provoke the Russian aircraft to make a dangerous approach.

"We were flying in international airspace and did nothing to provoke this behavior," Pentagon spokesman Capt. Jeff Davies said.

The Russian Defense Ministry claimed earlier that during the escort, the American aircraft tried to get close to the Russian Su-27 by carrying out a provocative turn. The Russian pilot reacted to the maneuver and continued escorting the reconnaissance aircraft until it changed the direction of the flight away from the Russian border.

The American reconnaissance aircraft and the Russian Federation Air Force fighter on Tuesday almost collided over the Baltic Sea, flying at a distance of only one and a half meters from each other. According to the American media, the Russian Su-27 fighter was equipped with missiles and behaved "provocatively" and Washington military officials view the incident as "unsafe".

On June 14, Fox News reported that the Russian Su-27 flew very close to the US P-8A Poseidon in the sky above the Black Sea. The incident occurred on May 12 at a distance of 160 km from the Crimea and was the second incident to occur that week after the visit of Russian Foreign Minister Sergey Lavrov to Washington and Alaska. The first incident occurred on the eve of the visit.