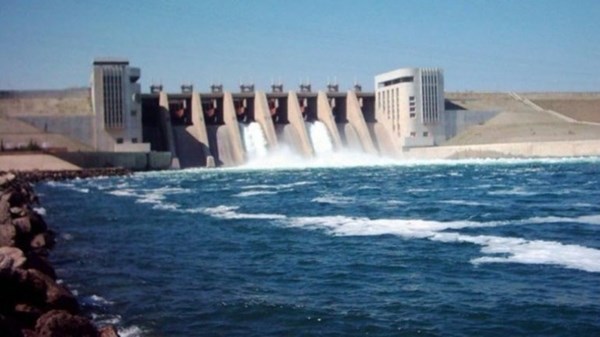 The Tabqa dam on the Euphrates, Syria’s largest dam has been partially destroyed by the fighting between the Syrian Democratic Forces or SDF coalition and the Islamic State terrorist group, as reported by RIA Novosti with a reference to the Lebanese TV channel Al Mayadeen.

The Tabqa hydroelectric power station was built in the early 1970s with the assistance of Soviet specialists. It keeps in check the Al-Assad, the largest reservoir in the country.

Al Mayadeen reported, citing informed sources, that the power plant stopped working after the control station went down. The reason for this could be an air raid or artillery bombardment. Technical experts are still unable to visit the site because of the ongoing intense fighting.

Mixed Arab-Kurdish detachments of the SDF are located no farther than four kilometers from the dam. Their immediate goal is to capture the city of Tabqa, the last major stronghold of the Islamic State on the way to the "Syrian capital" of the terrorist group, Raqqa.

The SDF are in no hurry to storm the Euphrates hydropower plant for fear that terrorists could blow it up, Al Mayadeen reports.

In February, the UN was warned about the threat of dam breaks on the Tigris and the Euphrates. The damage to the dams could have disastrous consequences for millions of people.