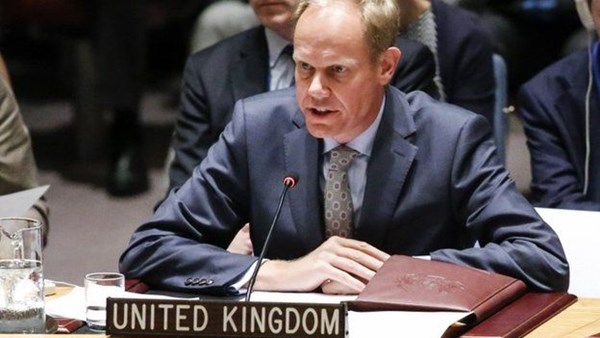 Today, at a UN Security Council session, the British Ambassador, Matthew Rycroft, stated that sanctions against Russia would remain in effect until Moscow removes their weapons and personnel from the Donbas and influences local militias to cease hostilities.

“Now we need a sustained ceasefire in The Donbas,” he said. According to him, the Russian Federation should “show political will” in order to restore Ukraine’s sovereignty and fulfill its international obligations, UNIAN reported.

“Russia should remove its weapons and military, and influence militias to stop hostilities and prevent civilian casualties. This would be the best way to dispel fears in eastern Ukraine and give the Ukrainian Government an opportunity to focus on ruling and reforms which are so crucial for the country,” the Ambassador added.

“We will work with our EU partners on continuing sanctions until this is fulfilled. Russia should be willing to act in accordance with the principles determining the work of the OSCE, our Council and other international organizations,” Rycroft noted.

The Russian authorities repeatedly referred to statements concerning the presence of Russian soldiers in Ukraine as speculation. “We have never been given any facts,” the Russian Minister of Foreign Affairs Sergey Lavrov stated. On December 17th of last year, the President of Russia, Vladimir Putin, when answering a journalist’s question concerning the presence of Russian soldiers in the Donbas noted that “we have never said that there weren’t any people dealing with certain issues, including those in the military sphere, but it doesn’t mean that regular troops are present there. See the difference?”