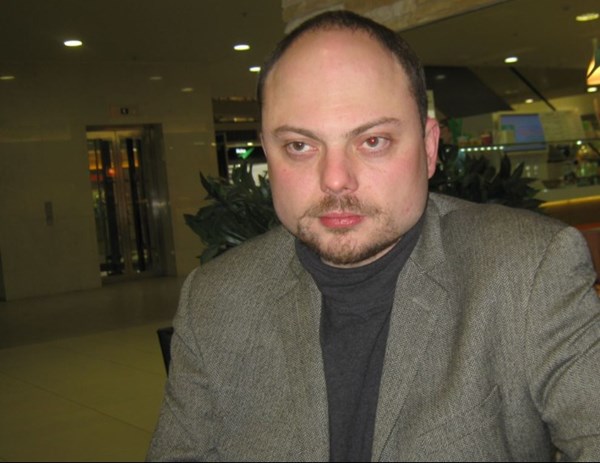 Test results on prominent journalist Vladimir Kara Murza show irregular levels of heavy metals in his system. Kara-Murza mysteriously and famously fell ill in May 2015 due to unknown causes at the time. As his condition steadily worsened and and he received more medical attention, many began to speculate that he may have been poisoned—a standard tactic that has been employed on Russian activists before. His lawyer, Vadim Prokhorov, said that the medical test results have been submitted to the Investigative Committee of Russia.

Vladimir Kara-Murza is Deputy Chairman of the PARNASSUS party and also the coordinator for the “Open Russia” movement. The RBC information agency cited the report of Pascal Kintz, French toxicologist, which showed the significant excess concentration of manganeseum, copper, zinc and mercury in Kara-Murza’s body. Specialists have not drawn any conclusions yet on the basis of this report, says RBC. “I am absolutely convinced that it was attempted murder which was intended to suppress my social and political activities,” stated Kara-Murza himself in a conversation with RBC.

Since 2015, Kara-Murza has sought to file attempted murder charges under Article 105 of the Russian Criminal Code, as well as the application of Article 30, attempted murder motivated by political hatred. He was hospitalized in Moscow as soon as he fell ill. Doctors at the time initially diagnosed severe poisoning complicated by low blood pressure and increased number of erythrocytes. He was later diagnosed with “kidney intoxication renal failure.” After his discharge from the hospital, Kara-Murza went abroad with his wife so he could undergo rehabilitation.