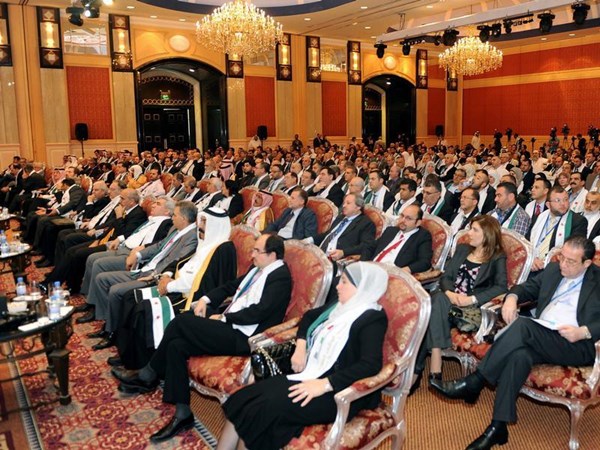 Reuters reported that different groups of the Syrian opposition will meet on December 8th in Saudi Arabia in order to agree upon a common position before the upcoming international negotiations on Syria in New York. The various Islamist and Salafist organizations received invitations from the Kingdom of Saudi Arabia to attend the conference, which is to be held from the 8th to the 10th of December.

However, the report didn’t specify if the Jaysh al-Islam (Army of Islam) will take part in the upcoming conference of oppositionists. Representatives of two other insurgent organizations confirmed that they received invitations.

Reuters claimed that the Islamic State and the Al-Nusra Front will not take part in the upcoming conference. Saudi Arabia is one of the main international allies of the oppositionists-- armed units who fight against the regime of the Syrian President, Bashar Assad.  However, the news agency reported that Riyadh has not yet approved the official start date of the conference.

It is also unclear whether the meeting will be held in Riyadh or elsewhere. Exiled oppositionists stated that at least 65 representatives of political and armed groups will participate in the meeting. The United States Secretary of State, John Kerry, stated in a speech given at the US-Israeli forum in Washington that regular international negotiations on Syria will be held in New York.

According to Kerry, members of the Syrian opposition have chosen delegates, and they are ready to sit down at the negotiating table with Iran and Russia.