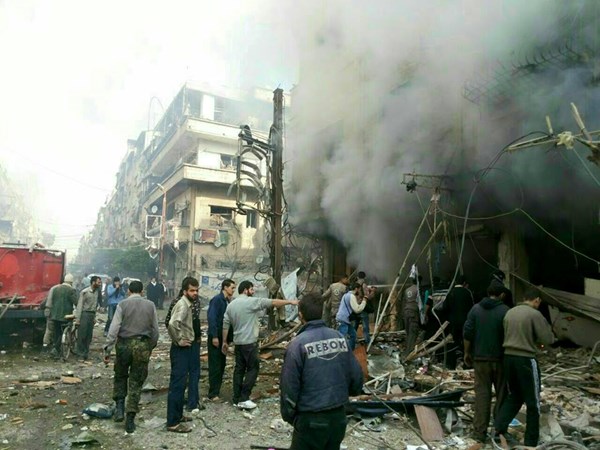 Representatives of forty-five opposition groups refused to start negotiations before the UN resolution is fulfilled.

On Saturday, the representatives of the Syrian opposition said that "it's impossible" to begin negotiations with the government until the UN resolution on humanitarian issues is fulfilled.

A joint statement made by 45 opposition and rebel groups said that although they support the process of political resolution, they believe that that it's not possible to conclude the negotiations and to put an end to the civil war because of the Syrian government and Russia which both continue to "commit crimes."

The next round of peace talks with Syria will take place on Monday in Geneva. However, these negotiations might be postponed because of the disagreements about who should be represented in the delegation from the opposition.

Opposition groups condemn Russia for its attempts to dictate the conditions of their participation in the Geneva talks. They declared that they won't participate in the negotiations while Syrians are still victims of blockades and bombings by the Russians as well as the Syrian government.

Moscow is the main ally of the Syrian government and the Russian Air Force has been bombing rebel positions since September 30th.

On Saturday, U.S. Vice President Joe Biden, after meeting with Prime Minister of Turkey, Ahmet Davutoglu, said that the United States and Turkey are ready for a military solution to the problem of the so-called Islamic State in Syria if the Syrian government and the rebels won't resolve the conflict by political means.

Meanwhile, U.S. Secretary of State John Kerry expressed confidence that the talks with Syria will begin as as stated after talks with the representatives of the member states of the Gulf Cooperation Council in Saudi Arabia.