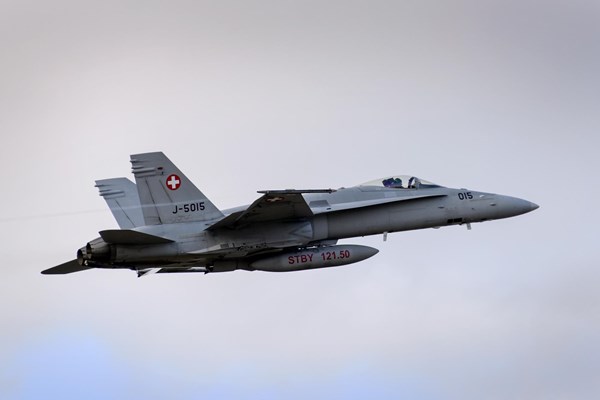 The Swiss official explained that the war plane approached Russian aircraft for the purpose of identification.

Peter Minder, an official of the Swiss Federal defense department stated that this is a standard procedure and it  is carried out more than 100 times a year.

He confirmed that the military aircraft which approached the Russian jet transporting the speaker of the  Russian Parliament, Sergey Narishkin, was indeed a Swiss aircraft.

The official stated that the military aircraft kept a safe distance and that Russian plane was in no danger.

On October 19th, while in Swish airspace the Russian aircraft was approached by a Swiss military jet.

Russian Foreign affair office summoned a French ambassador as a result of this incident, but the French side said that the aircraft was not French but a Swiss F18.