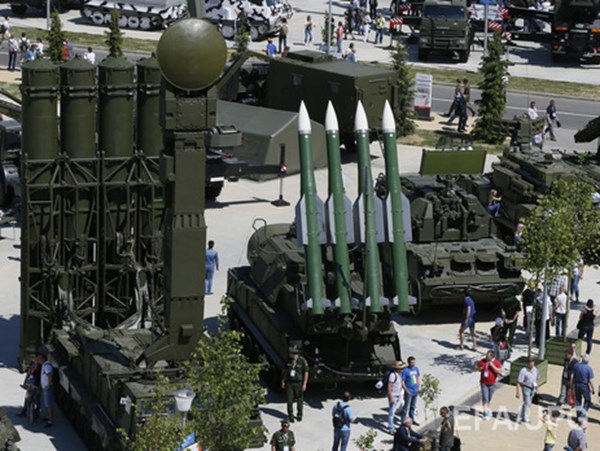 American publisher and global intelligence company Stratfor forecasted the break-up of the Russian Federation in the next decade. According to Stratfor, the intervention of the USA and external management of the country for its nuclear disarmament will follow the collapse of Russia.

Stratfor’s analytical report stated that Russia will not survive in its present form. The report notes that Russia’s inability to turn profits from energy trading into a self-sufficient economy makes it vulnerable to fluctuations in oil prices.

“The flow of financial resources also may vary considerably, taking into consideration the organization of the Russian Federation, where the incomes are sent to Moscow and then distributed directly or through the regional authorities. This will lead to repetition of the Soviet Union’s situation in 1980 and Russia’s difficulties in 1990. During those times, Moscow was unable to support national infrastructure,” the document said.

Stratfor believes that the situation will result in the regions of Russia being forced to save themselves by initiating steps towards formal and informal autonomy. Economic relations between the Russian periphery and Moscow will be disrupted.

“Historically, Russians solved such problems with a help of secret police – the Committee for State Security (KGB) and its successor, the Federal Security Service (FSS). As in 1980, the secret police will not be able to contain centrifugal forces, which separate the regions from Moscow in this decade. In this case, FSS authority undermines participation of its management in the national economy. FSS forces will fluctuate because of the fluctuation of the economy. The fragmentation of the Russian Federation will be impossible to prevent without the Federal Security Service using terror tactics,” the report notes.

Analysts suggested that Poland, Hungary and Romania will seek to reclaim regions that were lost in the fight with Russia. They will work in order to involve Ukraine and Belarus. In the south, the Russian Federation will not be able to control North Caucasus. The destabilization of Central Asia will start. In the Northwest, the Karelian region will seek to return to Finland. The coastal regions in the Far East, which are more closely connected with China, Japan and USA than with Moscow will start to conduct policies of independence.

The rest of the regions beyond the borders of Moscow may not seek autonomy but they will be forced to get it. Analysts believe that there will be no uprising against Moscow but the continued decline in its ability to support and govern Russia will leave a vacuum.

According to Stratfor, the collapse of the Kremlin’s power will become the largest world crisis of the next decade. Russia has massive nuclear forces that are distributed throughout the country. The decline of Moscow’s influence will raise the issue of who controls these missiles and whether their non-use will be guaranteed.

“Washington is the only power able to solve this problem. However, the USA could not possibly gain control of the large number of bases by force without some nukes being fired in the process. America will be forced to come up with a military solution that is hard to imagine now. They will have to take into consideration the risk of accidental launches. Otherwise they must create stable and economically viable governmentsto neutralize the missiles in the long term. It is difficult to imagine how this problem will be solved. However, taking into consideration our forecast on the fragmentation of Russia, this issue must be resolved within the next decade,” the Stratfor report said.

American analysts also believe that the issue of how far the new Baltic-Black Sea Union will spread will be resolved in the first half of the decade. They suggested that it will have to reach the Caspian Sea and Azerbaijan. However, its implementation will depend on current developments in the Middle East and Turkey.

Virtual exercises at Maxwell airbase in the U.S. were held on December 7-10. In these virtual exercises the United States Air Force (USAF) faced the need to act in an environment of nuclear conflict in 2030.