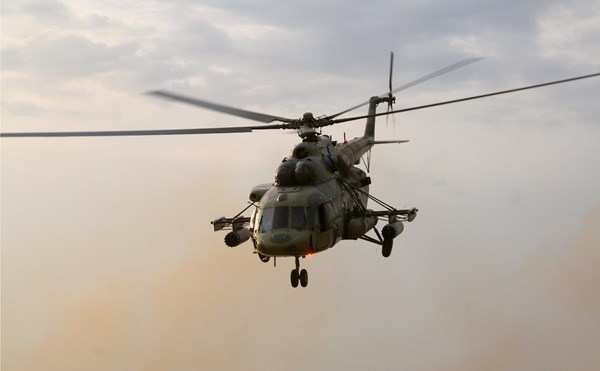 The Spokesman for the Ukrainian Border Guard Service, Oleg Slobodyan, stated at a press conference in Kyiv, that Russia has recently intensified aerial intelligence at the administrative border with the annexed Crimea. Slobodyan noted that Russian troops used a Rys (Lynx) aerostat craft on the 28th of February and the 1st of March.

Ukrainian border guard officers have recorded four monitoring flights carried out by Mi 8 helicopters and the active movement of coast guard motorboats in the Black Sea along the administrative border with the Crimea.

“At present, border guard officers have observed the actions of some divisions of the Russian Armed Forces conducting military exercises. These divisions are functioning as a backup to the northern areas of the annexed Crimea,” the report says.

On the 2nd of March, Ukrainian border guard officers also recorded a flight of two helicopters over positions near Armyansk, as well as the work of two hover crafts, and the delivery of Russian military equipment to these positions. Oleh Slobodyan also reported that, according to information available to him, Russian servicemen plan to conduct parachuting exercises near Dzhankoy on the 3rd of March.

On the 2nd of March, the press service of the Southern Military District of Russia reported that a number of military units stationed in the annexed Crimea and the North Caucasus were put on high alert. Approximately three thousand servicemen were involved in the readiness check.