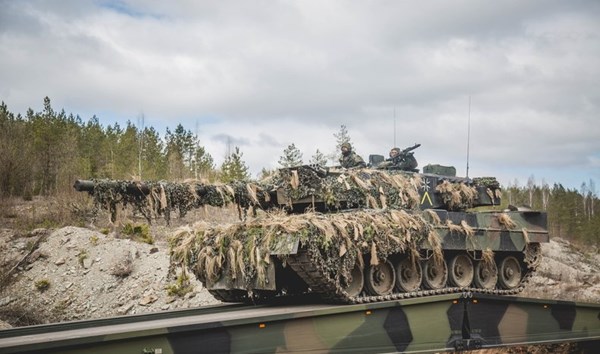 The training exercise of tank units are scheduled to take place during the Spring Storm international military drills, which will be held next week in Estonia, as reported by the country’s Defense minister.

"On May 23rd, at the main training ground of the Defense Forces, training drills  with the use of heavy equipment, that is, tank units, will begin" Commander of the Estonian Defense Forces Riho Terras stated while visiting the command center of the military exercises.

The heavy military equipment of the Estonian Defense Forces, as well as M1A2 Abrams tanks, Challenger 2, Leclerc, Leopard 2, Warrior infantry fighting vehicles, Bradley, VBCI of the NATO allies will participate in the exercises.

"Estonia has not yet hosted such large-scale exercises as the current Spring Storm. If the Siil 2015 exercises had the largest number of participants, this year there are several times more armored vehicles and the exercise will last much longer. Much more activities will be conducted in a forest during the exercise, which is quite a serious challenge for the Defense Forces as a whole," Terras stressed.

Spring Storm exercises are held in Estonia from May 8 to 25 and will end with a final formation of the troops at the central training ground of the Estonian Defense Forces. Servicemen from 15 countries take part in them, mainly land detachments and units as well as naval and airborne forces.