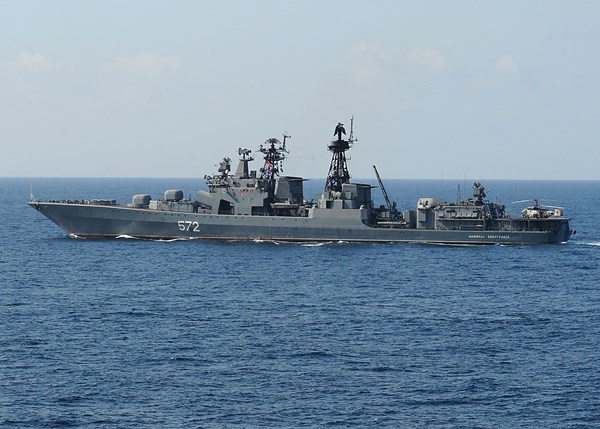 As reported, at his meeting with President Putin Russian Defense Minister Sergei Shoigu announced that Russian warships of Caspian Flotilia have launched a total of 26 cruise missiles at IS facilities in Syria, destroying all targets. The strikes came from Russia’s fleet based the Caspian Sea, which borders Russia, Iran and three other littoral countries.
"Four of our destroyers launched 26 cruise missiles at 11 targets from the Kalibr Marine Base". Mr Shoigu insisted the operation destroyed all the targets and did not launch any strikes upon civilian areas.. “The attacks showed that our missiles are efficient at long range, up to 1,500 meters [932 miles]," he added.

Putin praised the Russian military operation against IS in Syria, but warned against early conclusions.