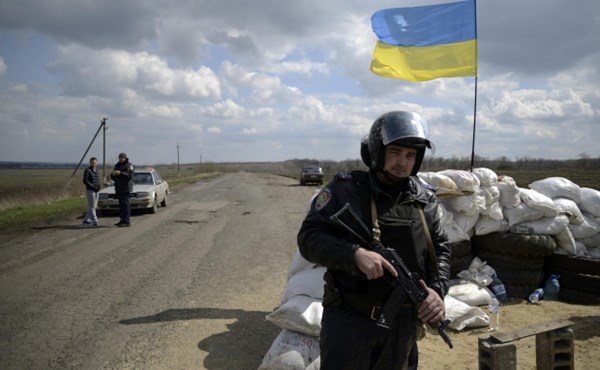 According to volunteers from the Come Back Alive organization, a Russian military officer, Rustam Muradov, visited Ukrainian positions in Avdiivka, posing as a representative of the so-called Donetsk People's Republic working with the OSCE.

As vchaspik.ua reported, Muradov attempted to negotiate with Ukrainian officers.

Shortly before the meeting, a battle occurred in Avdiivka between the Armed Forces of Ukraine and hostile reconnaissance and sabotage groups.  The latter consisted mainly of Russian military personnel.

“After this clash, Muradov visited Avdiivka.  He gained access to this area very easily through the observation mission of the OSCE.  It is known that he is a Russian officer who commands the special forces of the Main Intelligence Directorate.  What could be better for a spy than to gain access to the territory from behind enemy lines,” a volunteer of Come Back Alive, Daria Bura, said.

According to Bura, a Ukrainian soldier who witnessed Muradov’s visit, the Russian military officer asked to see their positions during his stay.  Ukrainian soldiers were indignant at his audacity.

“Muradov came as a fully authorized representative of the so-called DPR.  He spoke on their behalf and voiced their requests.  This means that a third party, as there are allegedly no Russian troops in Ukraine, is asking the Ukrainian battalion commander to make contact with the so-called DPR commander for further coordination of action,” Bura said.

Bura stressed that Muradov, thanks to his involvement with the OSCE, currently has free access to Avdiivka, which is controlled by the Armed Forces of Ukraine.  In addition, other Russian officers and majors are conducting activities behind Ukrainian lines.  They are free to visit the coal-chemical plant and observe everything that happens in the city and beyond it.  They can achieve this due to the implementation of the observation mission.