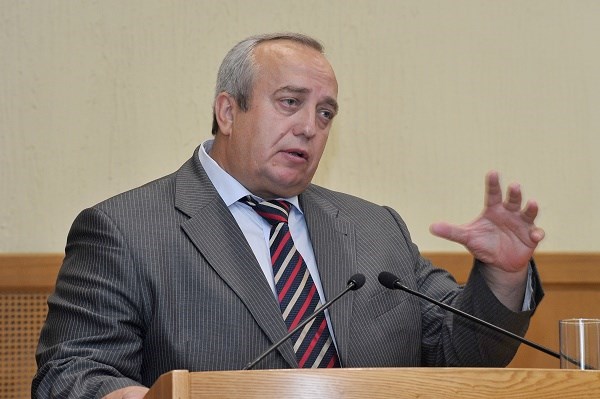 According to the First Deputy Chairman of Russia’s Federation Council Committee for Defense and Security, Frants Klintsevich, U.S. President-elect Donald Trump will most likely reverse Washington’s latest round of sanctions which were imposed on Thursday in response to the Kremlin’s alleged interference in the U.S. presidential election, TASS reported.

"There is a big chance that Donald Trump will reverse the latest anti-Russian sanctions after he takes office," Klintsevich told reporters.

The Russian senator explained that if Trump does not lift the latest round of sanctions, it would mean that his administration admits that Russia did, in fact, influence the elections by conducting cyberattacks.

"Trump would not be willing to accept this allegation, particularly as it is untrue," he said.

“This kind of scheming gives the U.S. no credit,” Klintsevich added.

On Thursday, Washington imposed new sanctions against Russia over the Kremlin’s alleged cyberattacks against U.S. political institutions in the lead up to the presidential election. Sanctions were applied to the Russian Federal Security Service (FSB) and the Main Intelligence Agency of Russia’s General Staff (GRU), and 35 Russian diplomats were ordered to leave the U.S. by the end of the day on January 1st.