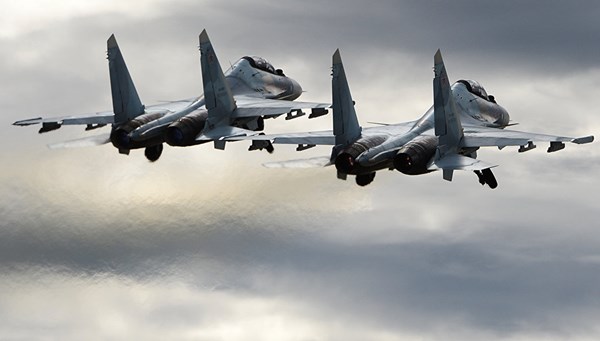 Specialists of the Prokhorov General Physics Institute of the Russian Academy of Sciences have created a prototype of a device that ensures the safety of flights of military aircraft, even if they are attacked by enemy missiles, the Russian news agency RIA Novosti reported.

“A prototype has been made of a superluminal generator of ultra-wideband pulsed electromagnetic radiation with sub-nanosecond duration based on a wide-aperture parabolic photocathode with a diameter of 200 millimeters stimulated by ultrashort laser pulses,” stated a report published on the website of the Russian Academy of Sciences about the state of fundamental sciences in Russia and about the most important scientific achievements of Russian scientists in 2016.

The generator can be used to solve problems which arise in communication, sounding, and electronic warfare.

“For example, the device ensures the safety of the aircraft in a situation where it has been fixed on and is already being attacked by heat-guided missiles," the report says.

Among the main areas of work at the Prokhorov General Physics Institute of the Russian Academy of Sciences are relevant problems in optics and laser physics, fundamental principles of laser technologies, modern problems in radiophysics and acoustics, and fundamental problems of physical electronics.