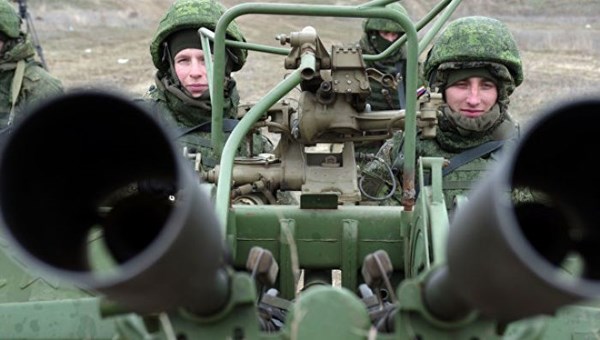 On Sunday, April 2, artillery drills were conducted by the Russian Army and Russian Marine Corps in the annexed Crimea.

This was related by Captain 1st Rank Vyacheslav Trukhachev, chief of the information department of the Russian Navy’s Black Sea Fleet.

“In Crimea, at the sea training site of Opuk, exercises of the Black Sea Fleet’s army and marine infantry artillery units were conducted as part of the final inspection of the winter training period to verify the combat readiness of these forces,” said Trukhachev.

During the exercises, D-30 howitzers, Grad rocket launchers, Nona 120-mm self-propelled artillery guns, and 122-mm Gvodzika self-propelled howitzers were used; these are designed to neutralize enemy fire from the coast.

Unmanned aerial vehicles were used to adjust and control the artillery fire. About 600 servicemen and more than 100 pieces of military equipment were used in the exercises.

Earlier, in the Russian-annexed territory of the Crimea, the Russian Federation began large-scale exercises of deployed units of Russian Aerospace Forces and the Black Sea Fleet.