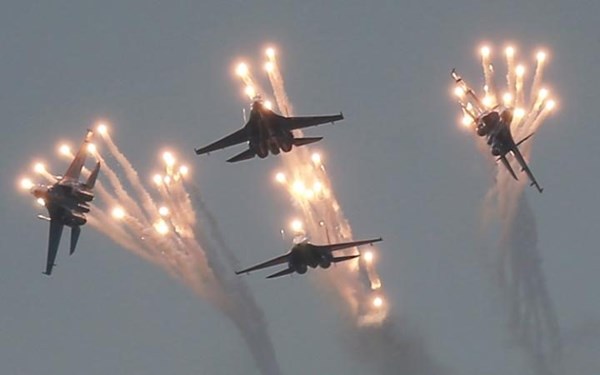 The Russian Federation is conducting military exercises aimed at the conditional destruction of NATO ships in the Black Sea, as announced by a representative of the Ukrainian Defense Ministry’s Main Intelligence Directorate during a briefing on Thursday, June 9th, as reported by RBC-Ukraine.

"The Russian Federation continues activities to increase the ability of the aerospace forces to conduct large-scale offensive operations in the Black Sea region," Skibitsky said. He added that the purpose of these actions is to prevent the presence of NATO ships in the Black Sea.

"According to the Main Intelligence Directorate of the Ukrainian Ministry of Defense, on June 8th, in the air over the central Black Sea, the Russian Military Forces took demonstrative actions indicating the potential destruction of NATO’s Naval Forces led by the U.S. Destroyer Porter in the port of Constanța [Romania],” Skibitsky said.

"The Russian Federation continues to show the countries of the Black Sea region and NATO its readiness to defend its interests with military force. Aviation is widely used in these actions," Skibitsky said. According to him, such actions exacerbate the situation in the Black Sea.